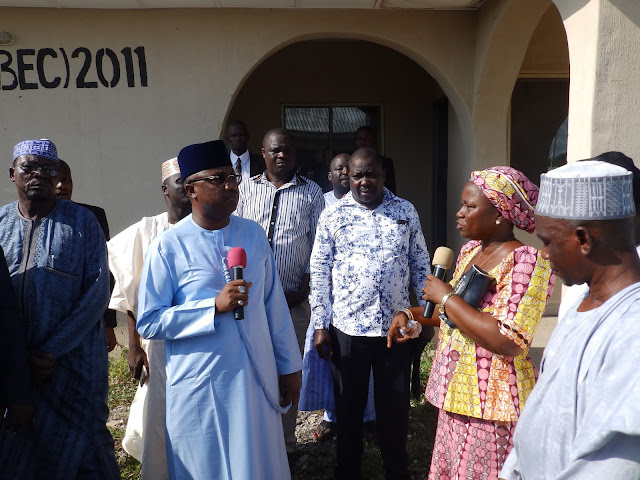 The state of earth facility was constructed along Yola Fufore road by the Universal Basic Education Commission (UBEC) since 2011 during previous administration for the six North Eastern States to Promote Girl Child Education.

The Governor was taken round the school premises in the company of the Hon.  Commissioner  Ministry of Education, Dr. Kaletapwa G.  Farauta, Permanent Secretary Alh. Bashir Yerima D. Tukur. Others includes; the Deputy Permanent Secretary Alh. Umar Barkindo, the Executive Secretary Post Primary Schools Management Board Haj. Bilkisu Khalid, and Directors from the, Boards and parastatals of the Ministry. 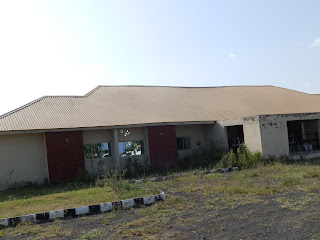 The Governor was delighted that such school is sited in the State, he therefore urged the Commissioner to lias with UBEC and the states involved in order to work out modalities for the school to take off in earnest.

Other dignitaries who formed the Governor's entourage were his Chief Protocol officer and the Honourable Commissioner of  information Comrade Ahmad Sajoh, whom the Governor described as a unique personality worth emulating.

Lastly, the Governor called on the Media to Shun Yellow Journalism and consolidates on issues of National Development.
07:51
Adamawa Daily Reports
News
Email ThisBlogThis!Share to TwitterShare to Facebook