NEWS: Adamawa State Governor Extols the Virtues of the SGF 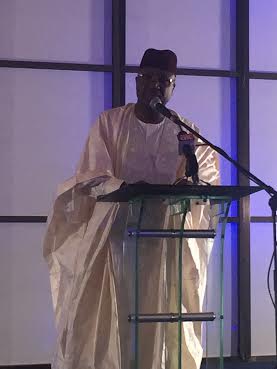 The Governor of Adamawa State Senator Muhammad Umaru Jibrilla has extoled the virtues of Engineer Babachir David Lawal the Secretary to the Government of the Federation. The Governor said “B D Lawal is a man whose reputation precedes him as an honest, loyal and straight forward person who is God fearing and indeed a Man of God” Senator Muhammad Umar Jibrilla made those remarks while delivering a goodwill message at a colourful reception in honour of the Secretary to the Government of the Federation, at the International Conference Centre Abuja on Saturday 17th October, 2015.

Governor Muhammed Umar Jibrilla underscored the fact that the SGF has the capacity to perform creditably as the Secretary to the Federal Government and that we in Adamawa State are indeed very grateful to President Muhammadu Buhari for appointing him to the exhalted position. The Governor observed that “B. D. Lawal is the first person from Adamawa State to hold such a position and as Adamawa people we are indeed very proud of him” To demonstrate the level of our appreciation to Mr. President for honouring our son with this enviable position, we came from Adamawa with a very powerful delegation of political leaders, civil servants and other community leaders. The Governor expressed confidence in B. D. Lawal saying “he will serve this country well and be loyal to the President” 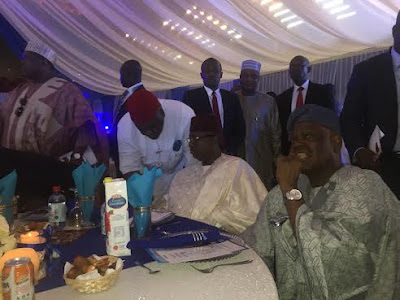 Governor Jibrilla says it is a worthy appointment, one which the whole of Nigeria stands to benefit immensely in view of the quality and caliber of the appointee.
Jibrilla also thanked the former Vice President of Nigeria Atiku Abubakar and the former Governor of the state Murtala Nyako whom he acknowledged as his fathers and fathers of APC in Adamawa State both of whom he holds with great respect.
Governor Jibrilla informed the gathering that Engr Babachir David Lawal has been of immense support and encouragement to him during the Governorship campaigns and even after he was sworn-in as the Governor of Adamawa State.