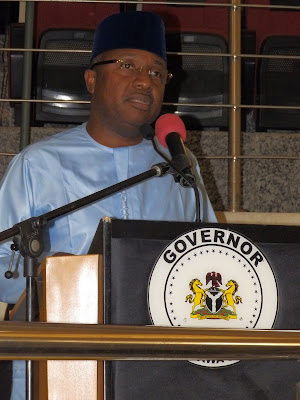 Governor Muhammed Umar Jibrilla has directed  that all salaries and liabilities  including Leave Transport Grants (LTG) for the years 2013, 2014 and 2015 and all other staff claims  be paid immediately. The Governor made this known during a Press Conference organized by the Adamawa State Ministry of Finance and Budget on the Bail-out funds obtained from the Central Bank of Nigeria (CBN) held at the conference hall of the state  secretariat complex Yola. 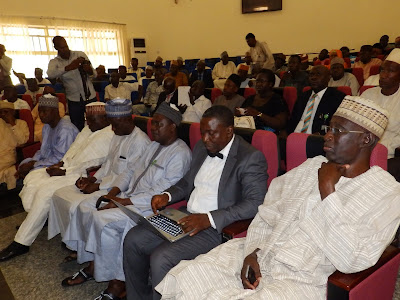 Senator Muhammad Umar Jibrilla described  civil servants as the engine room of Governance stressing that his government would be  a transparent one adding that accountability and due process will be his watchword. The Governor added that his Administration is committed to the welfare and progress of workers of Adamawa State. 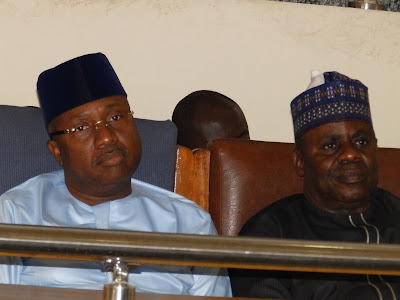 Speaking on his desire to ensure that the process of governance benefits the people of Adamawa State he pointed out that his Administration would continue to bring  democracy  dividends  to door step  the people  at the grassroots. Governor Muhammad Umaru Jibrilla called on the  citizens of the State to support  his government  and give him maximum  corporation  in order to forge ahead and build an Adamawa we all shall be proud of. 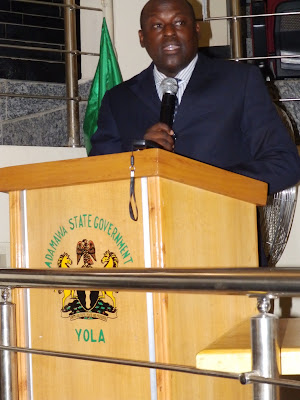 Earlier in his remarks,  the honourable Commissioner ministry of  Finance and Budget  Mahmood Sali Yunusa said Local government  workers and Judicial  staff are also captured  in  the  Bail out. He expressed appreciation to the Governor and  the present administration for  its efforts towards addressing  the welfare  and other entitlements  of the state  Civil servants.
Making contributions at the event, both the Secretary to the State Government Dr. Umar Buba Bindir and the Head of Service Barrister Musa Kaibo called on the workers of the State to reciprocate Government gesture by improving on their productivity. They both pledged the total commitment of the workforce to the development of Adamawa State.
In a vote of thanks at the occasion, the State Chairman Nigeria Labour Congress NLC, Comrade Dauda Maina expressed the appreciation of the workers of the State to Governor Muhammad Umar Jibrilla and promised to continue to discharge their responsibilities to the people of the State.
With the directive of the Governor, it is expected that by Tuesday the 20th of October, 2015, Adamawa State Workers will start receiving alerts on their phones as the Banks credit their accounts with the accrued entitlements.
08:49
Adamawa Daily Reports
News
Email ThisBlogThis!Share to TwitterShare to Facebook