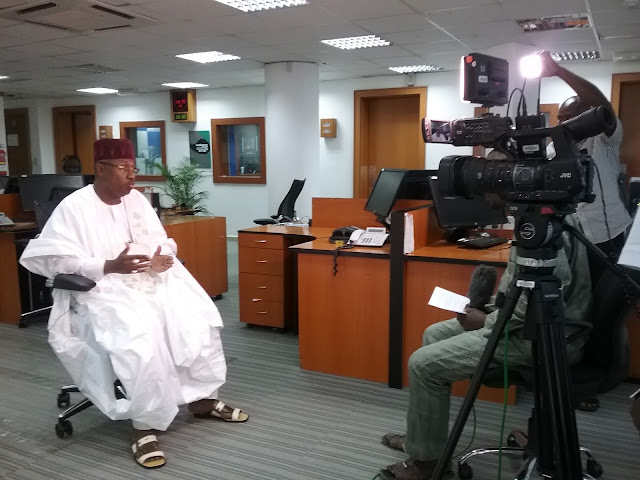 By: Yunusa Abdullahi
His Excellency Governor Muhammadu Umar Jibrilla commended the effort Security agents in the country in fighting insurgency and restoring peace and security in north east; The Governor made the commendation in a BBC Hausa Personality Discussion Programme (FILIN GANE MI NI HANYA) and appealed to the people of Adamawa state to give maximum support and cooperation to security agent in order to succeed in the war against insurgent and insurgency.
He also applauds President Muhammad Buhari and other stakeholders on security matters for their efforts and professionalism shown in fighting insurgency and call on the wealthy individuals to come to the plight of Internally Displaced persons (IDPs) in the state.
The Governor explained that all members of the state Executive Council were selected based on merit and their personal record in service, stressing that his Government poised to provide dividends of Democracy to the electorates at grassroots and promised to settle all outstanding entitlements of civil Servants in the state.
10:13
Adamawa Daily Reports
News
Email ThisBlogThis!Share to TwitterShare to Facebook