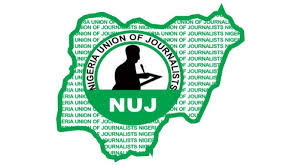 By Tom Garba, Yola
The Nigerian Union of Journalist Adamawa State Chapter over the weekend dissolved the Executive committee of the Adamawa chapter of the correspondents' chapel led by Umar Dankano, following a no confidence vote passed on the leadership of the group.
The zonal secretary of the NUJ for the North East Alh. Ahmed Suleiman, who took the decision on behalf of the national leadership of the body, followed its intervention into the crisis which gripped the journalist group after 12 out of the 22 membership body passed a vote of no confidence on the leadership of the group led by Dankano.
But the sacked executive however refused to vacate office, allegedly faulting the decision of the congress.
Up until the dissolution of the Dankano led Executive of Adamawa state chapter of the correspondents' Chapel of the NUJ  there have been growing revolt over the lackluster Leadership of the Exco, harassment of government officials and their refusal to hold a congress meeting following their reelection in May, which the 14 members used as grounds for their consequent impeachment.
But before their impeachment two members Daji Sani Thisday Correspondent and Sani Abubakar of FRCN, both members of the Exco, quickly tendered their resignation to stave off their impeachment following their discovery that 14 members out of its 22 members had signed a petition demanding the Exco to hold a congress.
Suleiman who waded into the crisis generated by congress decision which sacked the Adamawa chapter of the Correspondents' chapel led by Dankano, the People’s Daily correspondent for the state his secretary Yakubu Uba, News agency of Nigeria and Ibrahim Abdulaaziz, VOA correspondent, observed that the members acted within the ambit of the constitution before reaching the decision to dissolve the Exco.
He declared that the action of the congress taken in line with Article 5 subsection 6 ( a) and (b), of the constitution of the Nigeria Union of Journalists,NUJ, therefore stands.
The section of the NUJ constitution which the members relied upon to impeach the leadership stipulates as follow:
"In the case of chapels, 50 percent of members can call for a meeting and appoint any of their members to preside. Any disciplinary action taken against such a chairman shall be binding."
The NUJ zonal secretary Alh. Suleiman accordingly, set up a 6 member credentials committee headed by Mathew Ornan, Verbatim Magazine which also have the following as members- David Molomo, The SUN newspapers, Austin Ajayi, Premium Times, Emmanuel Njaprim Sunrise newspapers, Kabiru Anwar Daily Trust and Auwal Adams NAN to conduct fresh elections to fill the vaccum created by the dissolution of the leadership of the journalist group.