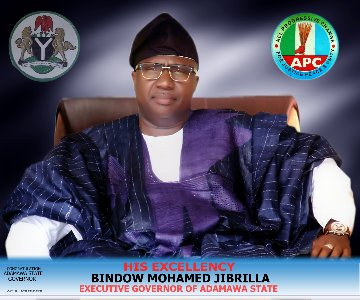 The Adamawa state Governor Sen Muhammad Umar Jibrilla has adopted an orphan by name Nuradeen as his son after he saw the picture of the young boy posted on Facebook crying and seeking for medical help. NURADEEN was involved in motor accident for over 2 years ago, where  his left leg got fractured.

The Governor instantly ordered that NURADEEN be refered to Dala Orthopedic Hospital in Kano for specialist attention. The boy's plight was brought to the attention of Senator Muhammad Umar Jibrilla through some public spirited individuals who saw the case in the Social Media.
It will recalled that the Governor had undertaken a similar adoption of a despondent boy in Kano who cried for help on the BBC Hausa Service while he was a Senator in the National Assembly.
05:37
Adamawa Daily Reports
News
Email ThisBlogThis!Share to TwitterShare to Facebook