Home » News » NEWS: Industrialist invited to come to and invest in Adamawa state.

NEWS: Industrialist invited to come to and invest in Adamawa state. 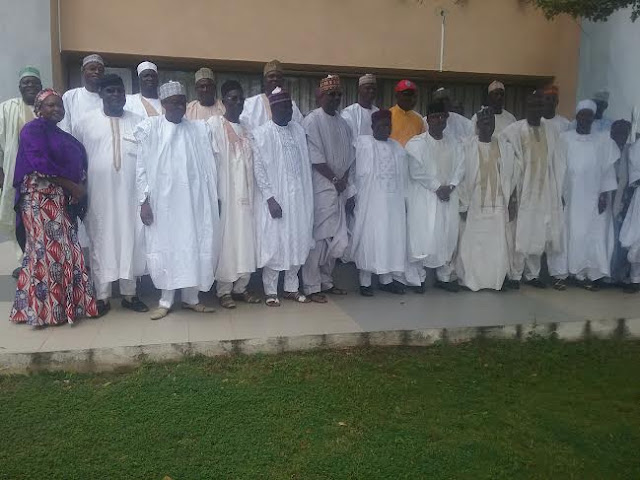 
Industrialist in the country have been  urged  to  come to  and  invest  in Adamawa state. Governor Muhammed Umar Jibrilla  made the called  when he received  officials of the  Adamawa state  Chambers of  commerce, Mines and Agriculture  who paid him a courtesy visit at Government House Yola on Friday the 9th of October, 2015.
The Governor said  Adamawa state  has abandoned  natural  and human resources  which  were not fully taped and called on wealthy  individuals  to  use the  opportunity in making  Adamawa  an industrialized state .
Governor Muhammed Umar Jibrilla  assured  members of the state  chambers of  commerce that  his Administration will partner with the organization in order to  enhance the economic  growth of the state, pointing out that  his government  intend to  assist  the  organization  with soft loans to its members  so as to facilitate and enhance  locally  produced  goods  and services.
Earlier in his speech , the state  Chairman  Alhaji Bashir Sulaiman Ribadu had told  the  Governor  that they were at  his   office  to congratulate  him over his  successful inauguration  as the executive Governor of Adamawa state  and called  on the well meaning  citizens of the state  to  give  the  present  administration  support and cooperation.
The Chairman also  appealed  to the state Government to  collaborate with  private  sector and other groups in order to meet with the  yearnings of the people for rapid economic transformation of adamawa State.  He equaly called on the people to patronise  locally  manufactured goods  so as to encourage local industries  in  Adamawa state.
Alhaji  Bashiru Suleiman Ribadu also  urged  government  to provide  soft loan to its members  and to pay  more  attention to  Agriculture  as  the only solution to the  economic  growth and development of our communities in Adamawa State. He however  appealed  the  government  to constitute a highly powerful Team  to visits INDIA for a study  tour of the  Indian  economy  as well as  to  organise   economic  summit  with a view of tackling  the problems  of socio-economic  development of the state.

In another Development,  Governor Muhammed Umar Jibrilla  has received relief materials  worth Thousands of  Naira  donated  by  the National president / Founder of the  Christian, Muslims and African  Traditional  Religion in  Nigeria (ACMATRIN)  Light His Royal Majesty Eze Dr  Ezediomma N C to  the Internally Displaced persons (IDPs) in Adamawa state. The Leader of the Association  commended  both the Adamawa state Government  and Federal government  for their efforts in tackling the insurgency situation in Nigeria. 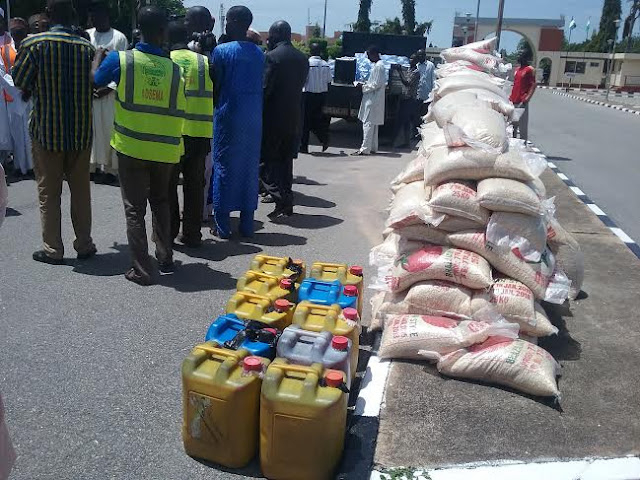 While responding,  Governor Muhammed Umar Jibrilla  commended  the  association  for kind gesture assured that  the  items  would be  fearlessly distributed to the  IDPs at their camps.
Items  donated  includes 500  numbers of 25 KG bags of Rice,and Maize, Ten Jerrycans of Palm oil ,Seven hundred and Fifty Wrappers and 2000 bags of sachet Water
11:02
Adamawa Daily Reports
News
Email ThisBlogThis!Share to TwitterShare to Facebook