NEWS: NURTW announced the reduction of transport fares by 20% in Adamawa state 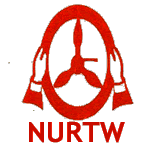 The Nigerian Union of Roads Transport Workers (NURTW) slice down the transport fares across the 21 LGAs in the state. The State Secretary of the Union, Alhaji Hamisu Usman, confirmed the development to our reporter that the union has not any reason not to reduce the price.
" No reason for us as a Union not to slice down the fares considering the fact that all Filing stations are selling at official pump price 87 naira and  other are also selling below the official pump price of 85 naira in all the filling stations in the state".

The Commissioner of information, Comrade Ahmad Ibrahim Sajoh has also confirmed about the latest development and attribute it to the wind of change the is generally blowing around every corner of the state "Wonders of change can take different dimensions. This is one of the few patriotic responses to the availability of fuel at 87 across the country". Sajoh said "We are waiting for other patriotic citizens and groups, traders and others should please join in the process of expanding the frontiers of the change benefits to the ordinary people. The real change is here". Sajoh added

When our correspondent went round the popular Jambutu park, Adamawa Sunshine Park owned by the state Government commuter complained that the 20%  price reduction is too small that the management should do some about it again. Contrary to the hope of many people all the inter-city  luxurious Bus refused to cut down the transport fare despite the reduction in the official pump price.
The Management of G.U.C Motors, Mr Daniel Uchenna laments that the people did not take into notice their company operate as people and goods transport business and do apply long route unlike other transport buses that did carry only few months. Daniel bluntly said they cannot reduce the fares now until serious price in diesel is reduce.
00:15
Adamawa Daily Reports
News
Email ThisBlogThis!Share to TwitterShare to Facebook