By a special Correspondent 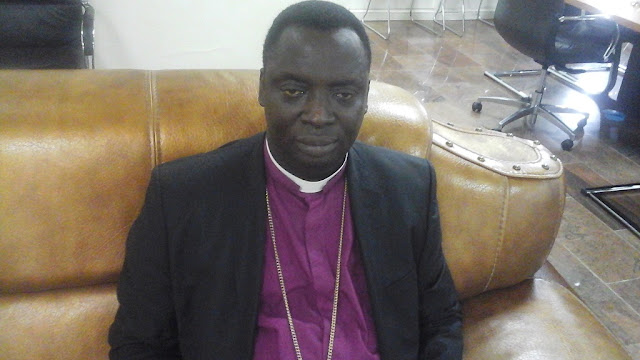 The Chairman of Christian Association of Nigeria (CAN) Adamawa State Chapter Bishop Mike Moses has decried the absence of religious teacher in public schools in the State. He spoke exclusively to a correspondent of Adamawa Daily Reports in the Governor’s Office in Dougire, Yola.  When the CAN Chairman reported the matter to his Excellency the Governor, Bishop Mike Moses said for a sound moral education to be balanced in the Adamawa State, there is a serious need for religious instruction in order to ensure good upbringing of our children.

Speaking specifically on the reports he received from members of the Christian Association of Nigeria (CAN), the Chairman said, their investigations reveal that most public schools in Adamawa State lacks Christian Religious instructors which to them will surely hamper the growth of Christian children as God fearing individuals. Bishop Mike Moses however expressed appreciation to the Governor for putting Adamawa state on a sound footing as well as his commitment to Fairness, Equity and Justice.
When contacted on the matter, governor Muhammad Umaru Jibrilla said, he is concerned about the proper upbringing of Adamawa Children and that such upbringing cannot be achieved without a sound moral instruction. He therefore opined that religious instructors are pivotal to moral education hence the need to ensure that they are provided in all public schools.

Governor Muhammed Umaru Jibrilla, therefore directed the Hon. Commissioner of Education to take a census of all Religious teachers in Public Schools and appropriately aggregate them according to the numbers of each of the two major religious so that actual gaps will be ascertained with a view to bridging them.
The meeting between the CAN Chairman and the Governor, which was described as very fruitful by Bishop Mike Moses took place on the 7th of October, 2015.
06:46
Adamawa Daily Reports
News
Email ThisBlogThis!Share to TwitterShare to Facebook