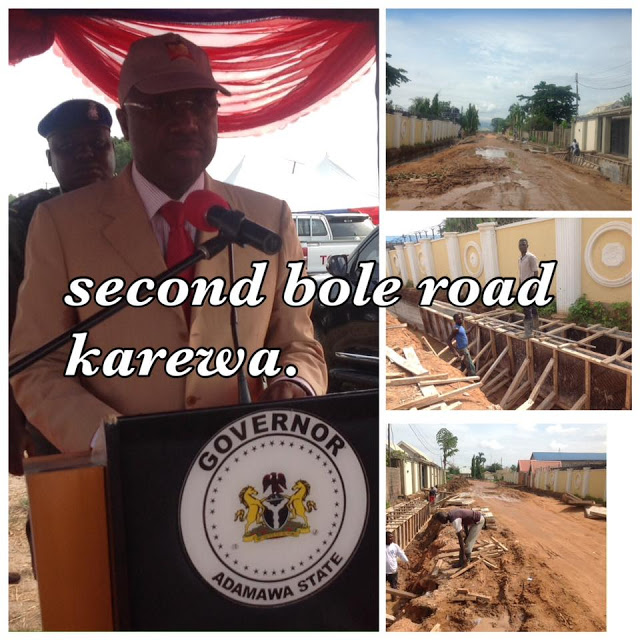 Barely four months in office, the amiable governor  of Adamawa  state Senator Muhammad Umar Jibrilla has started proving critics wrong. Within the period under review the governor has initiated  viable projects across the state which have direct bearing on the well-being of the people thereby putting  smiles on the faces of the Adamawa citizens for the first time in a long time.

Prominent among the people oriented projects include the vast road network which  cuts across the state, as if that is not enough he has also provided principal officers of the judicial arm of government with motor vehicles. These set of officers have hitherto been neglected. These vehicles will surely ease their operations in order to aid justice delivery system in the state
On the part of the civil service, the governor has made it clear at different occasions that his government will be civil servants friendly, he has demonstrated that in ensuring that entitlement of civil servants particularly arrears of leave grants are paid as soon as funds are available for that purpose.
In the area of housing, Senator Muhammad Umar Jibrilla popularly known as Bindow has initiated a Public-Private Partnership process with a reputable private organisation in realising his dream of providing affordable houses for his people.
To cap it all, one could see the wisdom in the selection of his Cabinet who are people of proven integrity in their various fields of endeavours.
No wonder, his colleagues who visited the state about two months ago, could not believe him when he told them about the projects within such a short period of time until he took them round the said projects and they
saw them for themselves. Thereafter they nicknamed him SARKI AYYUKA. Don't relent sir keep doing the right thing to your people.
03:15
Adamawa Daily Reports
Opinion
Email ThisBlogThis!Share to TwitterShare to Facebook