Home » Opinion » OPINION: IDPs: Their Yesterday, their today and their tomorrow

OPINION: IDPs: Their Yesterday, their today and their tomorrow 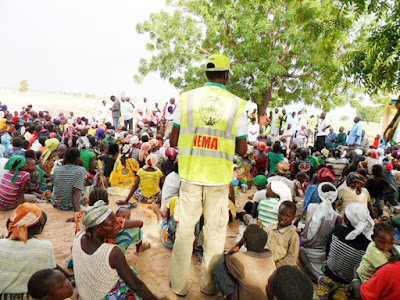 The Internally Displaced Persons (IDPs) they are like any other Nigerians who use to live a life happy and have anything good of their own that could be best said a " life of peace and harmony" in their respective communities in some North-eastern states of Nigeria. In a typical community in Northern Nigerian when first visited what will probably impress you is the socio-nature  of the people in terms of how they accomdating other people, unite, giving and with a very high of love they co-live with those considered to be strangers.

Because of the high moral standard of the people, sense of their understanding and love to others in the insurgents destroyed areas, they peaceful co-exist with none indigenes, married out their daughters to those considered aliens.

They were simply having the spirit of togetherness and oneness, their mode of operation when getting things done is just that of one nucleus family, they live a comfortable life uniting in one spirit to achieve a singular purpose.

Like any other Nigerian, the IDPs were having a yesterday that is full of hope and life, much expectations from Government to deliver the dividends of Democracy. Every one is having a one way plan of the other that he or she is in constant tune to executive. Dreams were high to send their children and wards to probably the best schools of their choice, some are already having a blossom business with tens of people making a living out of it, many of them have chains of businesses in their locality and beyond.

Yeah the yesterday of Internally Displaced Persons ( IDPs), a good one, a better one and the best one that would have change the economy history of our great nation.
Today's of internally displaced persons,IDPs is more of the world is crushing against them,to some of them no system is working good for them, believing all system is the  enemies of their cooperate existence. Others have attributed their unfortunate experience to lack of good working policies from the Government of the day.

A depressing story of a united people, a people whose dreams were batard, I saw a people with displaced minds, I saw gifting and talents were earlier taken to the maturity and other talents and gift were turned to a hard unharnessed venture. I quite saw when physical ability have literally turned to physical disability, all because of the evil work of some bad elements that are trying to infiltrates our societies.

One of the agenda of Boko Haramist  is to covert every body into Islam faith with more profane extreme doctrines, on attempt to in force some of this unbalance ideology have resulted to thousands of Nigerians to be homeless.

Kwagga Ishaya is an IDP from Michika described his bad experience as the true operation of the Antichrist who he believes they will manifest when the world is folding up, frustrating Jesus Christ believing people. They will killing them,seize all they have and destroy any good of theirs.
"Where do they want me to go? After taken and destroyed all I work for in life? What life I might going to live after killing my five children and my dear wife? You see life has no meaning to me, I lost my hope and I no longer have a purpose to live on" Kwagga Cried. Kwagga ills story is one among many of the IDPs scattered across the country, from one depressing story of the other.

Rakiya Isa is another IDPs who was displaced from Gulak and now taken refuge in one of the camps in Yola,said this.
"I pray to God to destroy every Boko Haram and all those collaborating together to kill my Husband and children.
"This people are thieves, they are evil. They chased us to the mountains top that borders Nigerian and Cameroon. Some few days ago our people have traveled home and came back with a sad news that all our houses has been razed down, taken our livestock and any good useful thing. If you ask me to go, where should I go? Where should I live? And what should I live on?".She burst in tears.
The IDPs today indeed are living a miserable live that if not urgently curtail is going to be a disastrous to Nigeria, as at the moment most of them are prone to all form of social accidents as report indicated many of them have been raped, others have entered into ungodly relationships that may further resulted to unwanted  pregnancies. Others have turned to conventional beggars in the major street of Yola, House help business is in the rampant.
While some have seen the insurgency attacks as militating against their plans in life others discovered it to be a"all things work together for good". Many displaced persons now in Yola were able to redirect their life by the help of host communities and donor agencies.
What will tomorrow holds for the IDPs? What is the arrangement on ground to resettle this ills affected Nigerians? Can Government play a vital role in resettling them? What about the 500 Housing unit plan to build in every affected LGA?
07:37
Adamawa Daily Reports
Opinion
Email ThisBlogThis!Share to TwitterShare to Facebook