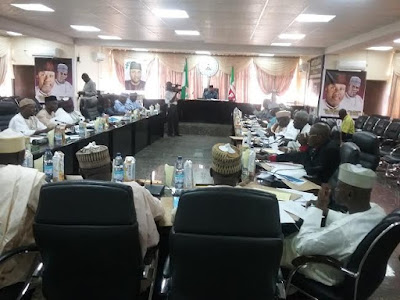 About  Twelve  pilgrims from Adamawa state  died while performing this year's Hajj at the Holly Land ,Mecca ,Saudi Arabia.
This was diaclosed by the Executive  Secretary  of the Adamawa state  Muslim Pilgrim Welfare Board  Engr Umar  AbdurRahman Bobboi  when he led officials of the Board at the presentation of an interim report on the just concluded 2015 Hajj exercise to members of the State Executive Council  (EXCO) at council chambers of the Government House Yola.

Engr Bobboi  explained that Nine  pilgrims died  at the  stampage, Three  died in other places and Two pilgrims were also declared missing after thorough search by the board in the Holly Land. The Executive Secretary of the  Board also commended Governor Muhammed Umar Jibrilla for the support and cooperation  giving to the board in carrying out  its responsibilities.

In his remarks ,Governor Muhammed Umar Jibrilla had commended members of the board for their hard work and condoled the families of the deceased pilgrims and prayed  Almighty Allah  to grant  their souls Eternal  rest. 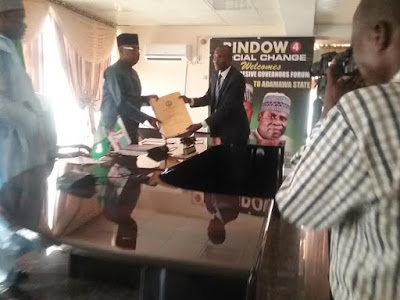 In another Development, Governor Muhammed Umar Jibrilla has received a technical proposal on the enhancement of the  state  revenue Base in accordance with the  normal  international standards . While presenting the proposal Mr Iliyasu Buba Gashinbaki  of the Discovery Cycle  Professionals  (DCP) who highlighted  about Twenty -Six  recommendations on how to increase  the revenue  generation of Adamawa state.