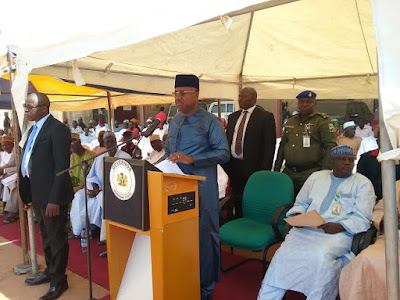 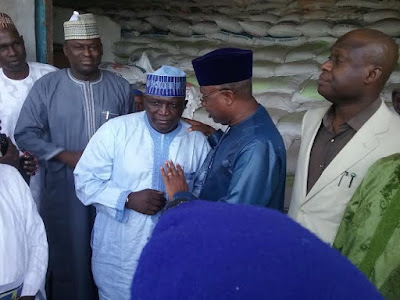 The Governor  announced that government  has subsidised  the price of the fertilizer  to 3,750 Per bag and urged farmers  to taken advantage of the commodity in order to  improve  bumper harvest  in the state. He also called on the  farmers to make good use of the fertilizer for the purpose intended.
In his address  at the occasion, The Honourable Commissioner ministry of Agriculture Dr Waziri Haruna Ahmadu  explained that the government has procured  enough fertilizer  to cater  for the dry season farming. He pointed out that the  present  administration  is fully aware of the roles that agricultural  played  in state economy and people lives.
The Agriculture  Commissioner also said that government  planned  to address long standing issues  on Agriculture such as Merchanisation, Timely availability of imputs,efficient  utilization of extension  services, Guaranteed market for Agricultural  products  etc. He further explained that the part of the procured fertilizer being sold is to enable farmers  metigate the negative  impact  on Agricultural  out put in the  areas affected by insurgency in the state. 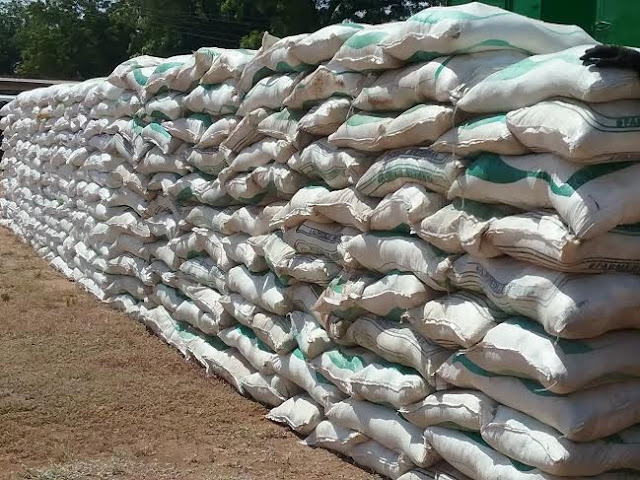 In a good will message,  the state  Chairman of  farmers  associations in Adamawa  Mr Abbo Njiddere thanked Governor Muhammed Umar Jibrilla for his commitment  in addressing most of the  problems being faced by rural farmers  and assured that  they  will use the commodity as intended.
07:51
Adamawa Daily Reports
News
Email ThisBlogThis!Share to TwitterShare to Facebook