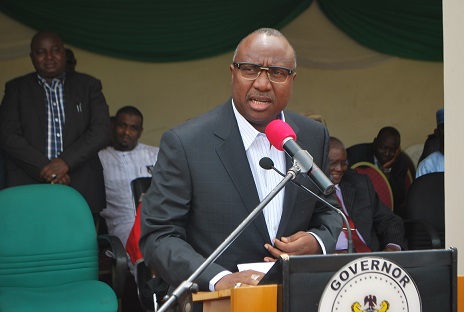 Governor Mohammed Umar Jibrilla has inaugurated a 10-member committee to plan and commence the table payment of September – October 2014 salaries of the Primary Healthcare Agency.

Performing the ceremony Monday 16th November, 2015 on behalf of the State Governor, the Secretary to the State Engr. Umar Buba Bindir said setting up of the committee is one the state Government deliberate efforts to gradually decongest the accumulated liabilities in the institution particularly the Primary Healthcare Agency.

Honourable Commissioner, Ministry of Finance and Budget is to serve as Chairperson of the Committee with the State Accountant General, Director Inspectorate Local Government Affairs and Permanent Secretary Establishment as members.

Other members include, State and Local Government Auditor General, Chairman of the Medical and Health Workers Union, Representative of Ministry of Information and the State Coordinator and Special Adviser to the Governor on Wealth Creation and Poverty Alleviation.
Mallam Musa Ahmad Gaude, the Deputy Permanent Secretary Political is to service as the Secretary of the Committee.

Earlier in his welcome remark, the Yola Area General Manager of the ITF Mallam Aminu Labbo thank the Adamawa State Government for its relentless efforts in building the capacity of its workforce, adding that the ITF is always there to collaborate with Government in capacity building as it is one of the foremost Human Capacity building Agency established by the Federal Government to promote and encourage the acquisition of skills in public and private sectors organization.
04:31
Adamawa Daily Reports
News
Email ThisBlogThis!Share to TwitterShare to Facebook