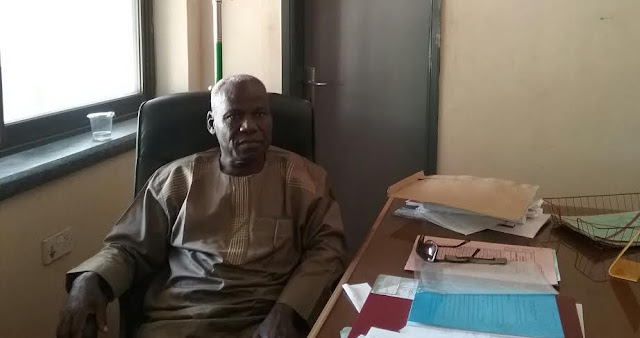 The Commission operates five (5) functional Directorates headed by Directors they are;
1.     Administration and Finance (A&F)
2.     Technical Cooperation and Social Services (TC&SS)
3.     Plan, Programme and Projects (PPP)
4.     Agriculture Industry Environment Planning (AIEP)
5.     Planning Research & Statistics (PRS)
The State Planning Commission is tasked with the following responsibilities;-
1.     To provide Policy Advice on Development Plan of the State to the Executive  Governor.
2.     To formulate and prepare Long-term and Medium –term and Short-term Development Plans for the State and Local Government Councils and coordinate  such plans Implementation at the State and Local Government levels.
3.     To prepare and Control Capital Budget and set broad guidelines for the recurrent budget.
4.     To monitor Projects and Progress relating to plan implementation.
5.     To mange Foreign and Local Economic Co-operation including aids and technical assistance.
6.     To Formulate and Evaluate Manpower Development Policies and Strategies of State.
7.     To Establish a Data Bank for the state.

However, in a brief chat at his office,  Engr. Lutu revealed that Adamawa state is at the forefront in the production of rice in the country, adding that the Executive Governor of the state has during the National Economic council meeting held at the National council  chamber in Abuja in August 2015, requested the Economic council to include the state in the list of the rice producing states in the country due to its huge potentials. On the other hand, the central Bank Governor Mr. Godwin Emefele in his remark has promised to do that provided that the state develops its project plans for possible assistance from the Federal Government.
Other developmental issues discussed by Engr. Lutu include;
1.     Power/Energy, the state is considering a power project inherited at Kiribati Dam to develop its independence power supply.
2.     Current state of the economy which is deteriorating day by day. It has resulted into high unemployment rate, high inflation rate, high interest rate etc.

The Commission is a very important component of the government that needs to be supported by the government. For this reason, Engr. Lutu is calling on the government for support and assistance where it is relevant.
07:27
Adamawa Daily Reports
NEWS ANALYSIS
Email ThisBlogThis!Share to TwitterShare to Facebook