Home » News » NEWS: Executive and the Legislature Pledge to Work in Harmony

NEWS: Executive and the Legislature Pledge to Work in Harmony 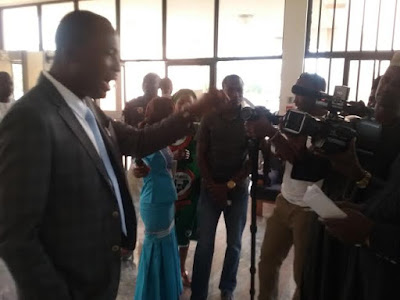 The cordial working relationship between the Executive and the Legislature is intact, this was disclosed by the Chairman House Committee on Information, MDGs and SPPU Hon. Hassan Barguma. The lawmaker  said this while briefing members of the press shortly after the Commissioner of Finance submitted a report on the floor of the House. Hon Barguma said the invitation extended to the Hon Commissioner was normal Legislative function and does not in anyway impede the cordial working relationship between the two arms of Government. 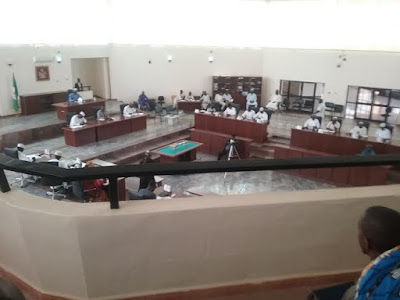 Earlier, the Chairman of the House Committee on Finance and Hon
Abdurahman  Abubakar had made a call for a very good working relationship between the Executive and the Legislature in the overal interest of the people of the State. The Legislator however stated that both should respect one another for the common good of Adamawa state.

It could be recalled that the Commissioner was invited by the Hon House to appear before it to submit a report on the bailout funds received by government. The invitation had generated interest among the people of the State. 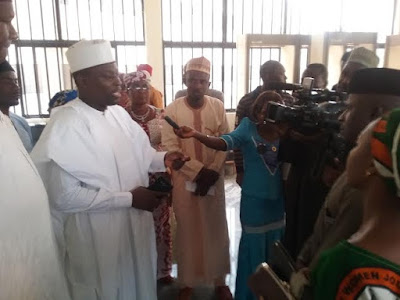 Speaking shortly after appearing before the House, the Hon. Commissioner for Finance Hon. Mahmood Yunusa Sali said the whole misunderstanding was born out of communication gap which has been effectively bridged. He reiterated that the bail-out funds are essentially what they are, a bail-out for the State Government to bail-out workers whose entitlements are still hanging.
05:42
Adamawa Daily Reports
News
Email ThisBlogThis!Share to TwitterShare to Facebook