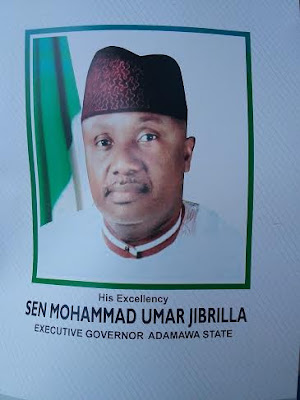 Governor Muhammed Umar Jibrilla has received  in audience  Sweden  Ambassador to Nigeria  Mr Svanta  Kilander who paid him a courtesy call at Government House Yola. Earlier speaking, The Swedish  ambassador said  he was at Government House to congratulate the Governor over his successful inauguration as the executive Governor of Adamawa state and  to present relief  materials  and support  to the  Internally Displaced persons in Adamawa  on behalf of  his country.

He commended  the efforts made by President Muhammadu Buhari  for taking a decisive measure  in tackling  the menace of insurgency North - Eastern part of the country and hope that the activities of the  insurgents  will soon be over.

In his remarks, Governor Muhammed Umar Jibrilla  had thanked  the Swedish  Ambassador  for the kind gesture  and assured that  security agencies  in Nigeria are doing their best in the fight against insurgency in the country. Governor Muhammed Umar Jibrilla  also called on the  international community  to support  government  in reconstruction and public buildings    destroyed by the insurgents  in the affected  areas. 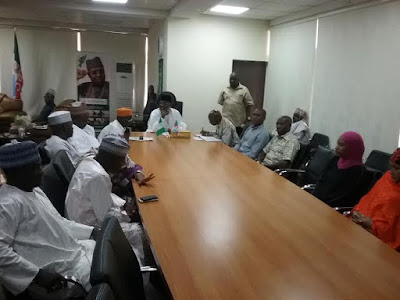 also  received  in audience a delegation of Officials  from  Nigeria  Liquidfied  Natural Gas  (LNG) headed by Mr John Etukudo  who informed the Governor  that they were in Adamawa state  to present  relief  materials to the  Internally Displaced persons. He pointed out that  the Nigeria  Liquidfied  Natural  Gas  has supported  IDPS in Sourth -Sourth, Abuja as well as North-eastern part of Nigeria especially  in states like Borno  and Yobe.


Mr Etukudo explained that his  organisation  has planned  to provide scholarship to  thirty students in the states affected by insurgency  for the period  of five years by choosing Ten students  each from Adamawa,  Borno  and Yobe states.
While  responding, Governor Muhammed Umar Jibrilla  thanked the delegation for the support and  concern  shown to the people of Adamawa state. He however assured the  delegation  that his government is  ever ready to partner  with any  organisation for the progress and development of the state for the better .
The Governor also stated that  his Administration is poised  to provide dividends of Democracy to the electorates at the grassroots.