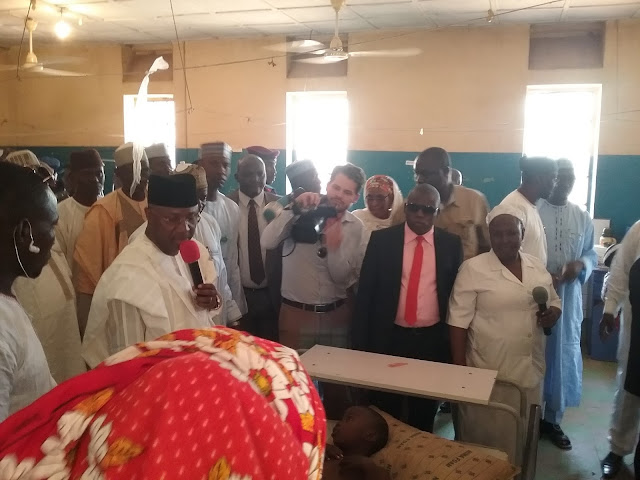 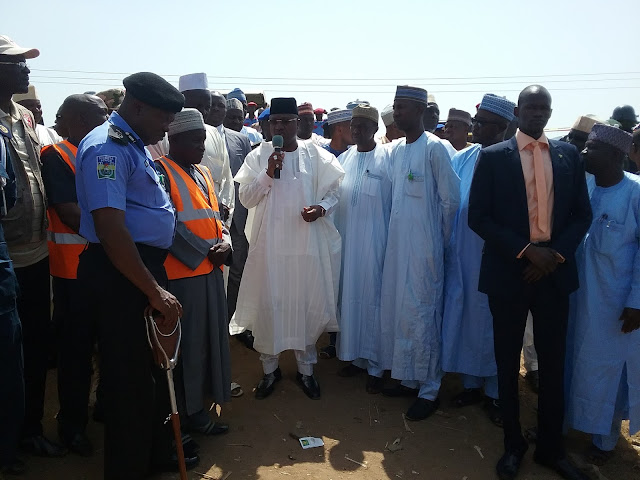 The Governor made the condemnation when he visited the  victims at  the Yola Specialist Hospital and Federal Medical Center, Yola Wednesday 18th November, 2015.

He  described  the blast  as an act of evil doers  and called on the general public and security  agents  to always be  on alert in the fight against  terrorism  in the state and the country at large, pointing out that the  fight against insurgency  is for everybody and appealed to the people of the state  to be security conscious by reporting any suspicious person(s) or object  to  the security  agents.

While conducting  the  Governor  round the  Hospitals, The Chief  Medical Directors of Specialist Hospital, Yola Dr. Bala Saidu and that of Federal Medical Center, Yola  Prof. Awwal  Muhammed Abubakar had told the  Governor  that about  Thirty -Four persons were dead  and about  Eighty others injured in the attack.

The Medical Directors of the Two Hospitals  also called on the  general public and  wealthy  individuals  to come to the aid of the victims  by donating blood and other medical facilities in order to assist victims.