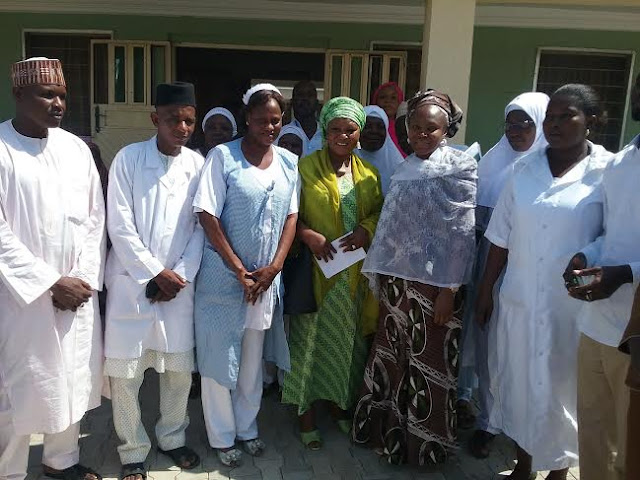 By: Abubakar Mohammed
Adamawa State has recorded tremendous success in the just concluded immunization of children between 9 Months to five years of age against Measles. The campaign exercise begins on 21st and ends on 25th November 2015 across 19 northern states and FCT
The Hon. Commissioner State Ministry of Health, Dr. Fatima Atiku Abubakar who monitored the campaign exercise in Yola, the state capital described the turnout as unprecedented.
The commissioner led the technical team from the Ministry to visit vaccination fixed post in Malkohi IDPS camp, specialist hospital, Ajiya, Malamre, Bachure and Bekaji clinic to see for themselves the level of implementation.  “We are highly impressed with the way parents and caregivers embrace the exercise; Health sector is critical in human and economic development of any nation” she said 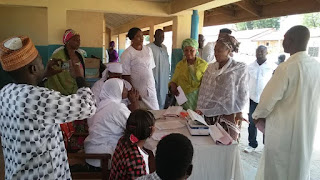 She then reaffirmed the administration of Governor Mohammed Umar Jibrilla Bindow commitments and support towards the implementation of health programmes initiated by the Ministry, adding that the sector had been revived through supply of sufficient Drugs and other consumables in hospitals and clinics across the state.
Dr. Fatima commended the efforts of the Executive Chairman State Primary Health Care Development Agency Dr. Abdullah Dauda Belel and partners for the successful conduct of the exercise. “The professional efforts of our health workers participating in the recent exercise is highly commendable” she then promise that the State Government would continue to identify with their plight, particularly those working in remote rural areas. 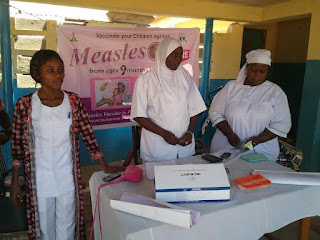 The Health workers who received the Hon. Commissioner during the supervision were all happy to see her personally monitoring and supervising the implementation exercise. The numbers of children immunized in the clinics visited are as follows;
Specialist hospital post 1,108, bachure clinic 108, Malkohi IDPS camp 608, Ajiya clinic 2,300 and Dubeli clinic 951.