NEWS: No Any Road Construction Abandoned in the State Capital – says Hon. Commissioner. 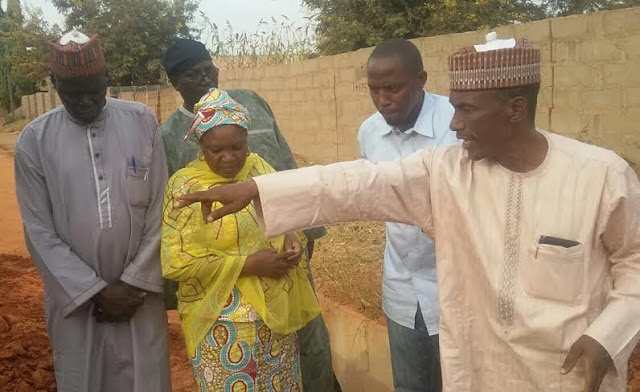 
Barr. Lillian explained that the Wauro Jabbe road which was especially rumoured as the one abandoned, was not actually abandoned adding that the contractor temporary stopped work based on technical ground. The road has already reached surface dressing stage. After surface dressing, the gravel is allowed to properly blend with the bitumen under vehicular traffic for a period of not less than 4 weeks.
On the other hand She called on the state citizenry to exercise patience while the people oriented projects of Governor Bindow continues.

In a separate interview with some of the Wauro Jabbe residence appreciated the efforts of His Excellency Senator Umaru Jibrilla Bindow for the laudable achievements so far recorded. They confessed that it is only his Government that is fulfilling the promises made to electorates.

Barr. L. Stephen was accompanied by the Perm Sec. of the Ministry Barr. Yakubu Ngwale, Deputy Director Civil Engineering Engr. Sulaiman Mohammed and other technical staff of the ministry.