NEWS:Heads of Institutions Brainstorms on Security. 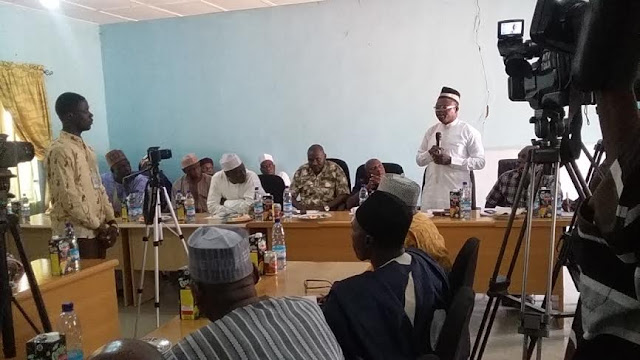 In his effort to tackle terrorism in the state, Brigadier Commander Of the state, Colonel A.B.A Pupoola has organised an Interactive session with Heads of Higher Institutions, 21 Education Secretaries and Principals of secondary schools on the current security challenges in the state today being Saturday 21st of November 2015, at Adamawa State Polytechnic Yola.

The representative of the State Security Service in his remarks has called on the general public to report any suspicious moves or objects to the security office before it is too late. He also tasked all security officers to perform their duties perfectly.

Police Commissioner, Gabriel Adaji in a brief presentation has categorised terrorism as Passive and Active. He explained that Passive terrorism is being practiced by many but Active is very dangerous. He described how one can identify a Suicide bomber among others. On a serious note, he disclosed that they have recorded 33 attacks from 30th May, 2015 to 18th November, 2015 by Boko Haram that resulted to 1,404 dead here in the north eastern part of the country. Further more, he listed some local substances that the terrorist use to produce Improvised Explosive Devices (IME), these items include; sugar (brown and white), dynamite, tomatoes, power source e.g. batteries, etc.

Similarly, the Vice Chancellor of Adamawa State University Mubi Dr. Moses Zaruwa in his remarks said that part of our problems lies in our community adding that the students and police have been misinformed. He emphasised on the need for all Institutions in the state to bring in Psychologist into the schools which he assured that is part of security.  Dr. Zaruwa had also suggested that the Law should impose a penalty for rumour mongers because of the havoc they are causing in the society.

A representative of the 21 Education Secretaries in her remark cautioned all to sensitise their wards more on how to relate with stranger adding that the wards need to be told not to receive gifts or objects from strangers so as to stay away from danger.

Similarly, a representative of the Principals also complained about the need for all schools to be fenced so that the wards can be properly secured. He has also appealed that the security officers posted to their schools that have either died or retired be replaced for effective security.

The Honourable Commissioner of Education, represented by the Permanent Secretary Alh. Bashir D. Tukur in his remarks has urged all Education Secretaries to submit a list of fenced schools in their Local Government Areas at the end of the meeting. However, his reason was for the ministry to know the actual number of the schools that needs to be fenced.

Hon Rufai Ahmed Abubakar, the Commissioner of Higher Education in his remarks gave a matching order to all Education Secretaries to go and meet with their Security Personnel and report back to the Ministry. He has also assured the Brigadier of a positive change soon. 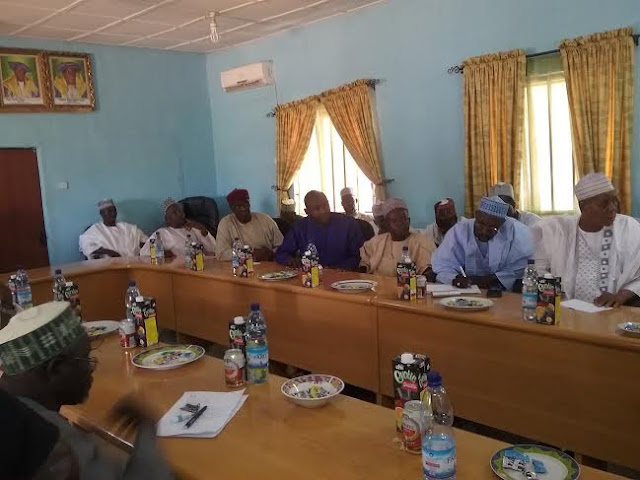 Colonel Pupola urged all to guide and protect themselves, adding that the security in the State Polytechnic has improved a lot.

In a closing remark made by the Rector of the State Polytechnic Yola, he commended the efforts of the commander for organising such an important meeting and assured him of the institution’s support. .