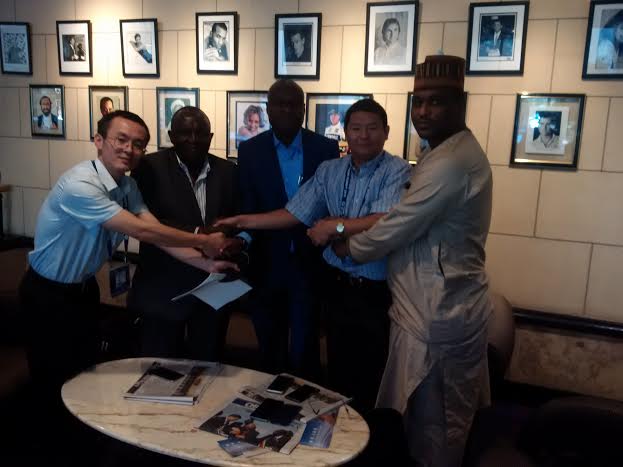 A delegation from Adamawa State signed a Memorandum of Understanding with YTO Consortium – Comaco during the China – Africa Summit held in South Africa.
Adamawa State delegation is made up of the Hon. Commissioner of Agriculture Mr. Waziri Haruna Ahmadu, the Hon. Commissioner for Local Government and Chieftaincy Affairs Hon. Mustafa Barkindo Aliyu Mustapha and the Principal Private Secretary to the Governor Alh. Abdullahi Bakari. 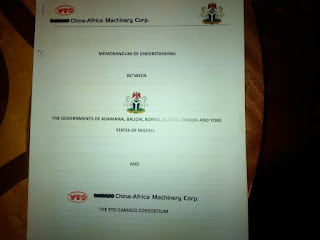 Speaking on the sidelines of the summit, the Hon. Commissioner of Agriculture, Alh. Waziri Haruna Ahmadu said it is to the credit of His Excellency Governor Mohammad Umaru Jibirilla that Adamawa State was included among the benefiting States in the Country; expatiating on that, the Hon. Commissioner said, Senator Mohammad Jibirilla used the opportunity occasioned by the discussions prior to the visit of the President to ensure that Adamawa is included among the benefiting communities. The key areas of intervention will be in Agriculture and the development of Rural Infrastructure. 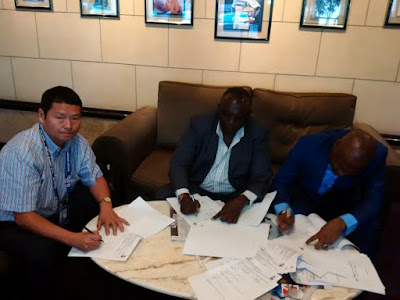 Specific areas of concern will be Land Development, Provision of Agro-Inputs as well as extension services. In the case of Rural Infrastructure, the intervention will include Rural Roads and other services such as water supply.
When Adamawa Daily Reports went to town to seek public opinion on the inclusion of Adamawa State in the Chinese support, most respondents felt happy that the train of development did not leave Adamawa State behind.
Meanwhile, the delegation is expected to consolidate on the gains of the summit by engaging other development partners at the forum.