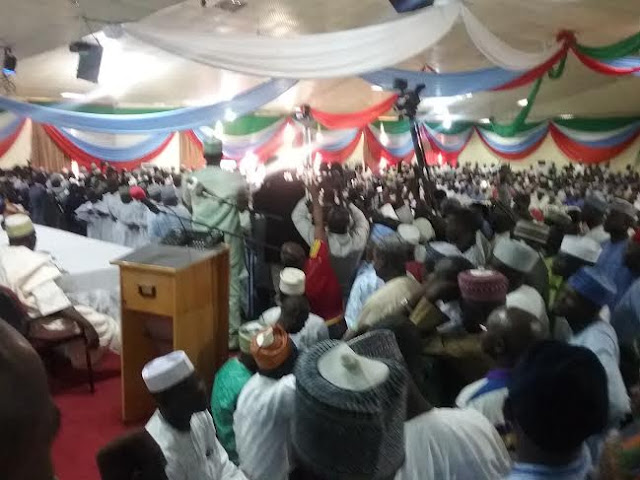 By: Yunusa Abdullahi
Administrators of the Forty-nine out of Fifty Development Areas of Adamawa state were sworn in by His Excellency, Governor Muhammed Umar Jibrilla  today Tuesday  8/12/ 2015.

Performing the  ceremony  which at the Banquet Hall of Government House Yola, the Governor said the todays oath taking and swearing - in Ceremony marks  another  historic milestone in his Administration efforts to bring grassroots growth and development  to the  teeming masses of the state.

The Governor also challenged the Administrators to provide purposeful leadership that will ensure rapid transformation of their areas and to abide by the oath of office they had taken. 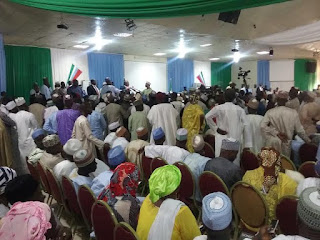 While congratulating the newly sworn – in administrators, the Governor wished them successful tenure of office and called  on the people of the state to give them maximum support and cooperation  to enable them discharge  their responsibilities.
Responding on behalf of the Development Area Administrators Hon. Titus Ndzau of the Madagali - North Development Area, thanked Governor for giving them opportunity to serve their people.

He assured that they would abide by the oath taken and promised to give total loyalty and support for the overall development of Adamawa state.
The oath of office and allegience was administered by the state Chief Judge justice Ishaya Kida Banu.