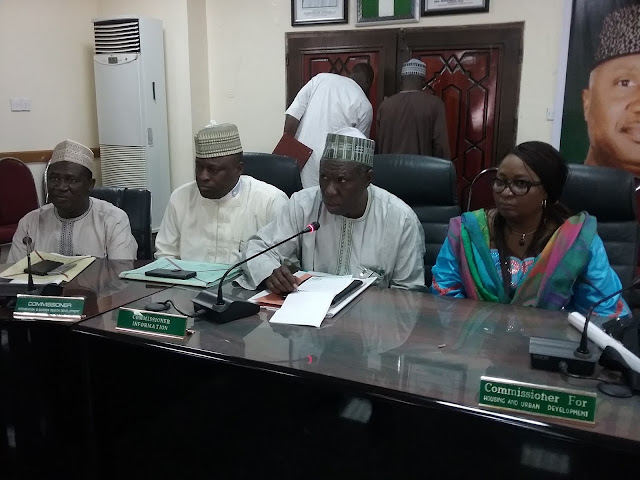 The Adamawa state  Excutive  Council  (EXCO) has approved  the sum of One  Billion, Ten Million  Naira  (1,10,000,000:00) for constituency  projects to the  Honourable members of the Adamawa state  House of Assembly to enable  the members touch  the lives  of the people at the grassroots.

While briefing  Journalists at end of the EXCO Meeting presided over by Governor Muhammed Umar Jibrilla  at Council Chambers of the Government House Yola, the Honourable Commissioner Ministry of Information Comrade Ahmad Ibrahim Sajoh along side the Commissioners of Finance Mahmud Yunusa Sali, Solid Minerals Barr Shanti Shashi, and Water Resources Julius Kadala  explained that the  council  ratified  the Administrative approval  for the procurement of permanent  site  of the state Fiscal Responsibility  Commission. 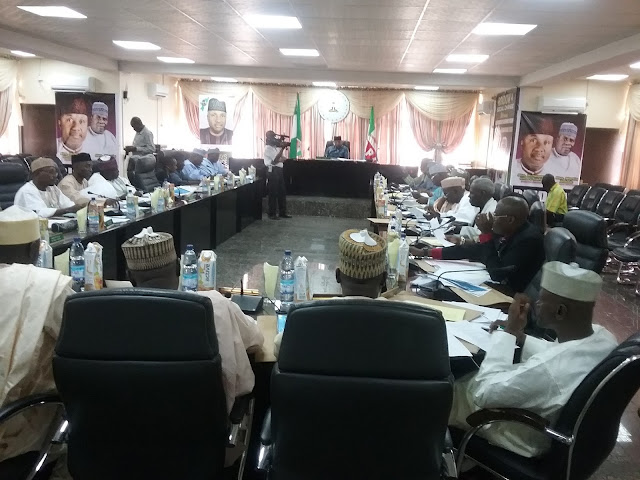 The Commissioners also announced that the  EXCO approved Two Hundred and  Seventy Million  Naira  ( 270,000,000:00)for the procurement of  Three Drilling  Rigs for the provision of  Rural  water  supply. adding that the  council  also approved  the sum of  172,362,000,00 to the Ministry of  Solid  Minerals  for the  renewal of  Mining  licenses.

According to the  Information  Commissioner, the Council also approved the establishment of  an Agency for Empowerment  and Wealth creation  to take  care of  the activities of the SPPU,The MDG'S,  The defunct AADIL, APRM, and other agencies of government concerned with World Bank Donor Funding.

He also said that the  council  discussed  the issue of presidential  directives for the distribution of Tri-Cycles that were given by the presidency exclusively for Seven Local governments that are affected  by the insurgency, explaining that the  Council was also told that the Presidency has directed that the  process  should not be politicized and the Tri-Cycles  should not be sold for what ever reasons by any body,stressing that the  Council  constituted  a committee  made up of  Commissioners from affected areas under the Deputy Governor  to work out  modalities  for the distribution of the Tri-Cycles.

The Commissioners  however said that the  Council  has called on the people of Adamawa state  to be more security conscious  and vigilant especially with the security challenges that are going on  across the  country.