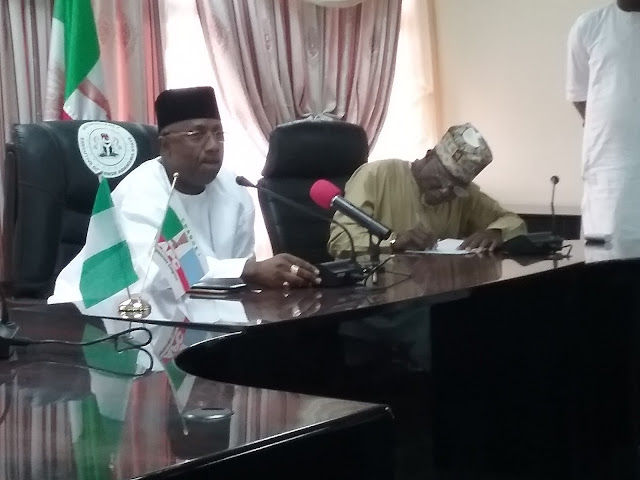 Governor Muhammed Umar Jibrilla has appeal to the federal government to rehabilitate all the dilapidated major Roads  and highways that links communities of neighboring countries  with Nigeria. The Governor  made the appeal  when he granted audience  the Controller General of  Customs  Retired  Colonel Hamid Ibrahim  Ali paid  him a courtesy visit at Government House Yola.
Governor Muhammad Umar Jibrilla said the Roads linking Republic of  Cameroon  through  Belel, Gas hiya  and Jabbi- Lamba  which is a  federal  government Rroads the state government  cannot afford to construct such roads because of its financial resources.
He pointed out that already Nigeria  and the Republic of  Cameroon have entered  a bilateral  agreement  on trans border relations  where  President  Muhammadu Buhari indicated his intention to  embark on numerous Roads reconstruction hoping that Belel -Sorou  road would be a  beneficiary.
He also stated that Adamawa state Government  and  the command have a great synergy  and good ra our  as well as other federal establishment in the state. 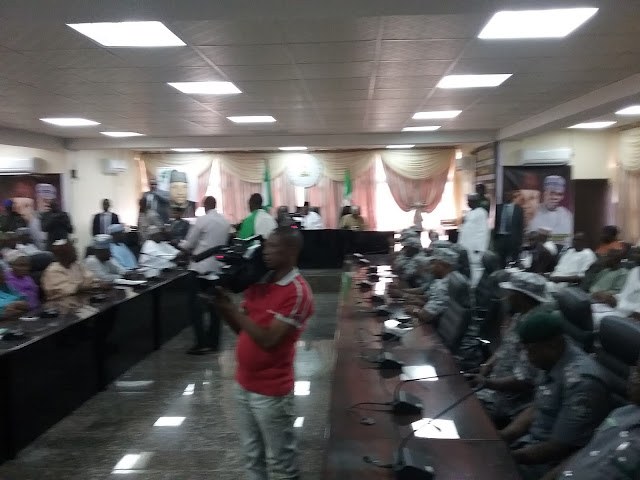 Earlier in his speech,  the Controller -General of Customs  Retired Colonel Hamid Ibrahim Ali  said  he was in Adamawa state  in continuation  of familiarization tour of Customs formations in the state.
He described roads as the main catalyst  that  facilitates bilateral  trades among countries which  will be look into so as to realize  successful  trade ties,and thanked Governor Muhammad Umar Jibrilla for  the assistance  and support being rendered  to Nigerian  Customs  services by the state  government, assuring that the command will always  work hand in hand with the state  government  at all times.
08:20
Adamawa Daily Reports
News
Email ThisBlogThis!Share to TwitterShare to Facebook