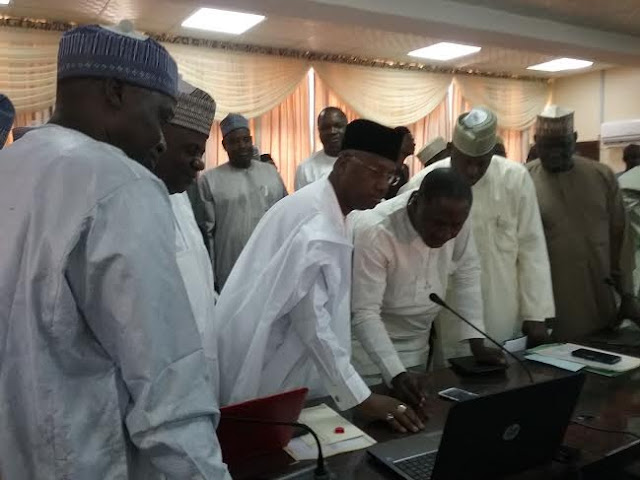 By Yunusa Abdullahi
The Adamawa state Government has launched its Web site on e-Governance, and revitalization of posters for public awareness.
Governor Muhammed Umar Jibrilla stated that with the launching of the website Adamawa state has catches up with the rest of world in the areas of information and communication technology.
The Governor stated that Adamawa state is going to showcase the abandoned human and natural resources as well as Tourism sites and other places of interest which will attract potential investors and Tourists to the rest of the world.
Governor Jibrilla also launched some publications produced by the state ministry of Information on public enlightenment and awareness on security consciousness as well as how to identify suicide bomber in the society. 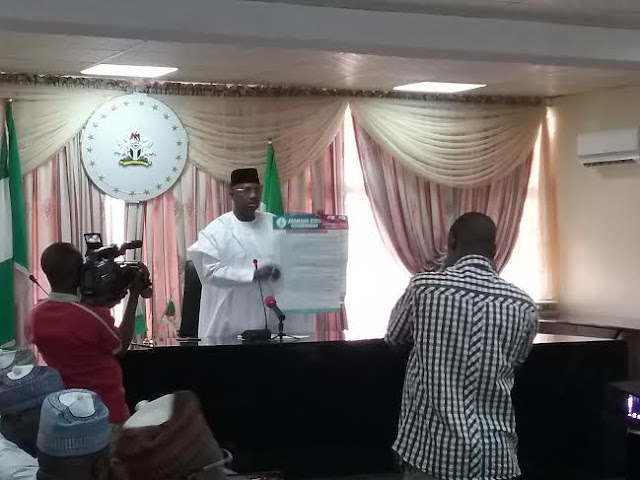 In his comment ,the Chief executive officer of the SIF GATE Nigeria limited Mr Sunny Oyakhilome  had  informed  members of the state State Executive Council   that the Web site  will capture all the various units of Government and  will also showcasing  the abandoned  natural resources  God has given  the state.
“You can now log on this URL www.adamawastate .Gov. ng to get whatever you form Adamawa state” he said