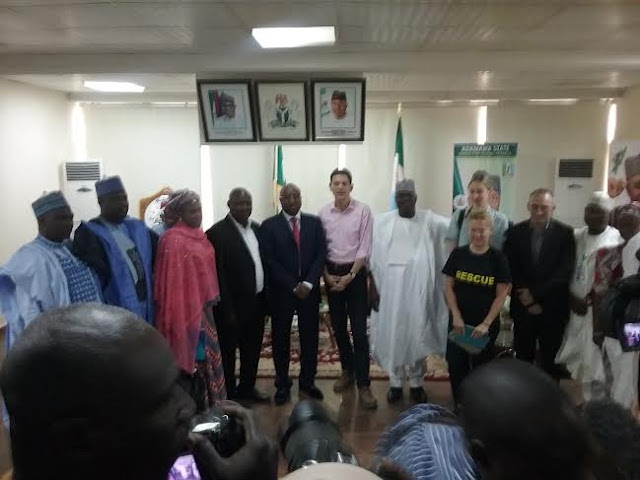 By Yunusa Abdullahi
International Donor Agencies has been commended for the succor being rendered to the vulnerable people in the society.
Governor Muhammadu Umar Jibrilla made the commendation when he granted audience officials  of International Rescue Committee  (IRC ) at his office recently.
The Governor stated that the  International  Donor agencies  has played a significant  role in giving assistance to the victims of  insurgency  and other disasters being faced  in the Northern  part  of the state. 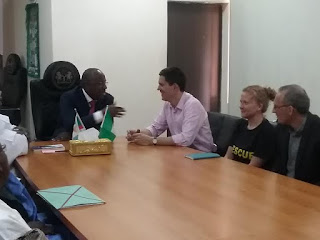 He also commended President Muhammadu Buhari for his efforts in tackling the issue of insurgency in the North Eastern of the country.
He however reiterated his Government commitment in partnering with the donor agencies with a view to bring development to the people of Adamawa state. 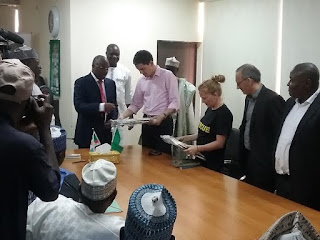 Earlier, The  President of the  International  Rescue  Committee  Mr M David Milan told Governor Muhammadu Umar Jibrilla  that they were in Adamawa state  on a fact findings mission to  ascertain the problems being faced by the victims  of the insurgency in Adamawa state with a view to bring assistance.
He pointed out that the International Rescue  Committee was conducting its  activities in  Nigeria  for about  Fourteen  Years .stressing that the  IRC was founded in 1933 as a charity  based organization rendered assistance  to over Thirty countries  across the  World.