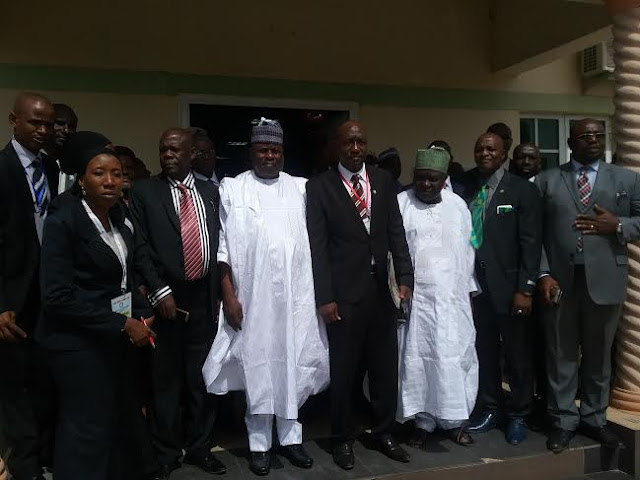 By: Samuel Gamwaja
Adamawa State Governor Senator Muhammadu Umaru Jibrilla has called for quick dispensation of corrupt cases to ensure a corrupt free society.
The Governor made the call through His Deputy, Engineer Martins Nasir Babale at the opening of law week of the Nigeria Bar Association Yola branch.
He said “the fight against corruption requires the collective efforts of all Nigerians no matter how lowly placed adding that, the Bench and the Bar hold the key to a successful fight against corruption. This can be done through diligent prosecution of accused corrupt officers

The Governor said measures will be taken to strengthen the state judiciary towards the realisation of the desired results. 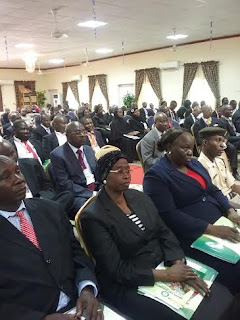 The State Chairman, Nigeria Bar Association, Barrister Abubakar Babakano in his remarks identified the abuse of interlocutory injunction, an appeal upon refusal of the application in criminal trials and stay of proceedings pending the determination of the appeals as major causes of delay in ruling of corrupt cases.

He called for the removal of the immunity clause for president and vice President, Governors and their Deputies adding that the section makes it impossible to prosecute offenders until after their tenures. The NBA Chairman also gave kudos to Governor Jibrilla for his commitment to comply with the financial judicial autonomy as affirmed by the Federal High Court in 2014 .This he said will help avert further strike by the Judiciary Staff Union of Nigeria, in the State.
08:32
Adamawa Daily Reports
News
Email ThisBlogThis!Share to TwitterShare to Facebook