NEWS: Governor Umaru Jibirilla Presents the Proposed 2016 Budget to the... 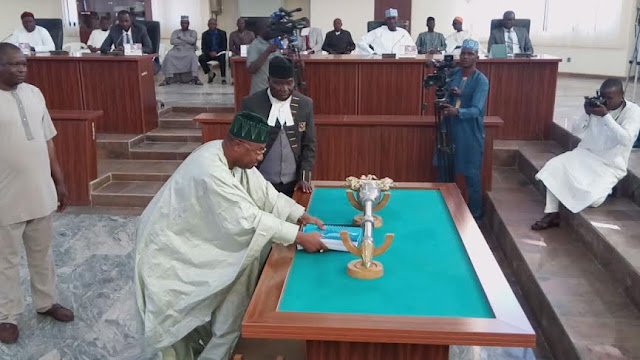 By; Catherine Philip Jelani & Yunusa Abdullahi
Following the just concluded Budget Defence by the State Planning Commission and its counterpart Ministry of Finance and Budgeting, Governor Mohammad Umaru Jibirilla has today being the 30th of December 2015, presented the 2016 Proposed Budget  to the Adamawa State House of Assembly Yola. 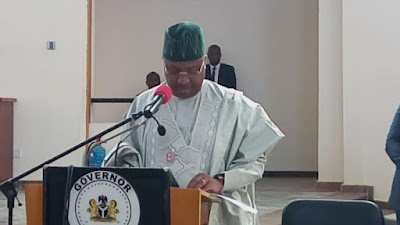 In a speech presented by the Executive Governor, he stated that the Budget was designed to promote continuity of his administration’s effort in transforming the Economy and to embark on massive infrastructural development in the state. 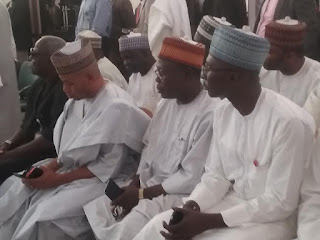 He also emphasised that the proposed budget will include generation of jobs, poverty alleviation, resettlement of IDPs and social /cultural integration. 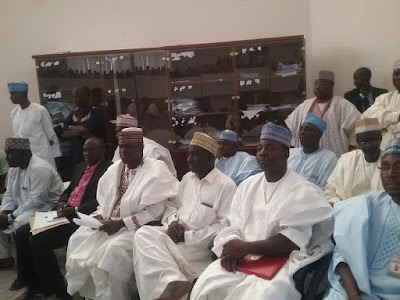 Governor Mohammad Jibirilla added that the State Government is committing over 50%of its resources for capital development. On the order hand, he commended the President of the Federal Republic of Nigeria Mohammadu Buhari GCFR for the provision of bailout funds that has helped in reducing the liabilities of personnel in the state.
He referred to the 2016 Appropriation Bill as “ Budget of Social Change ” 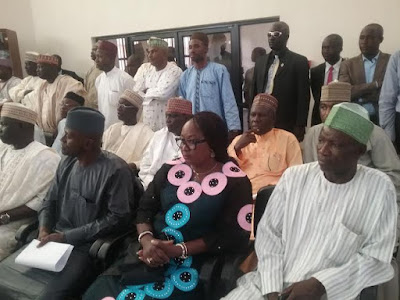