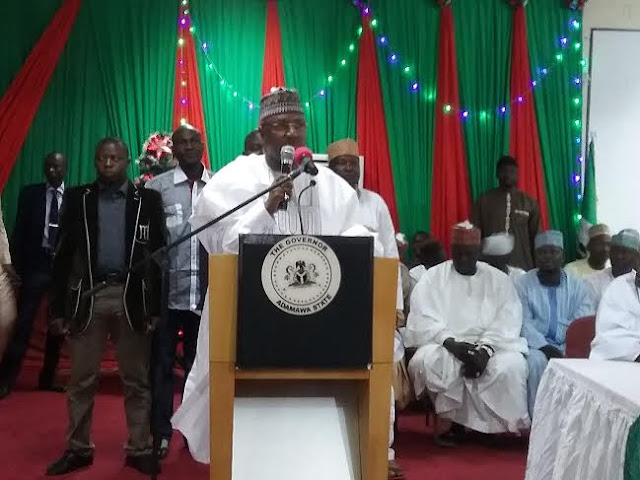 Governor Muhammed Umar Jibrilla has  been  commended for  his magnanimity, foresight, and purposeful  leadership  in moving  Adamawa state  forward. The commendation  was made  by the stakeholders  of Jimeta  Community  led by the  former  minister  of Internal  Affairs  Alhaji  AbdurRahman  Adamu  when members of the  community paid him  a congratulatory  and thank you  visit  at the Banquet Hall of the Government House Yola.

Speaking  at the  occasion  Governor Muhammed Umar Jibrilla said Transparency, Accountability,Prudence  and  Due process  have always been the top priority of his administration, assuring that provision of dividends of Democracy to the people of Adamawa state are the  most cardinals objectives of  his  government, He pointed out that "The people at the grassroots, I mean the electorates who have voted us  to  work for them, and I have been  swore  with the Holy Book  that I will do justice to  all manner of  people  of Adamawa state ""stressing that  his government is determined to transform the state  by bringing changes  that will affect the ordinary people at the grassroots. 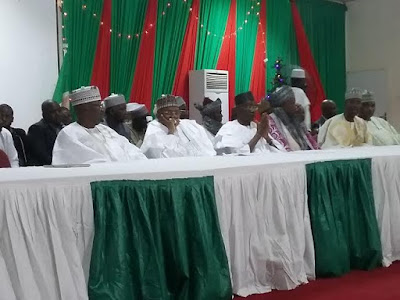 The Governor  also  called on the people of Adamawa  to be  united  and live in peace and harmony for the overall development of the state, He  then thanked the Jimeta Community for the  visit  and assured that he will  take  Adamawa  to the greater height.

Earlier in  a brief remarks the Chief of staff government house Alhaji AbdurRahman Abba Jimeta had enumerated some of the remarkable achievements recorded by Governor Muhammed Umar Jibrilla  in the  past few  months while  in office  which includes the  construction and rehabilitation  of Thirty-six  number of  Road  networks  across the state capital with majority of the  roads  in Jimeta  metropolist.  Alhaji  AbdurRahman Abba Jimeta  also revealed that  the  present administration  under the leadership of governor Muhammed Umar Jibrilla  had provided qualitative  Health care  delivery,  provision of  functional  and  standard  Education to Adamawa  children, Agricultural  lmputs as well as  provision of  social amenities to the people of Adamawa state  which he said was in line with  the social change  of Governor Muhammed Umar Jibrilla 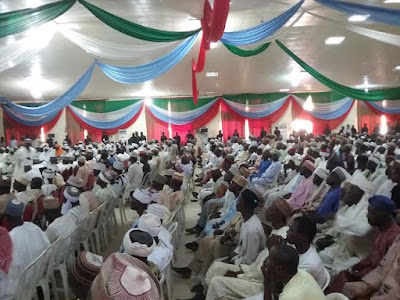 In his speech at the occasion, an elder stateman of the community  and  former Minister of Internal Affairs Alhaji AbdurRahman Adamu  had informed  the gathering that  they were at Government House to congratulate the Governor  and to thanked  him for transforming Jimeta  to a cosmopolitan  city.

He said the purpose of the  visit  is to  thank  the Governor  for the various on-going laudable physical  development in Jimeta  city and its environs as well as appointing sons and daughters  of the community  into key positions  in government  which he said  is unprecedented  since its creation  adding  that no government  has ever given so much attention  to the people of  Jimeta  like  the government  of Muhammed Umar Jibrilla.

He however assured   the Governor of total  loyalty and support  to the present administration  in delivering  dividends of Democracy to the people of Adamawa state
09:32
Adamawa Daily Reports
News
Email ThisBlogThis!Share to TwitterShare to Facebook