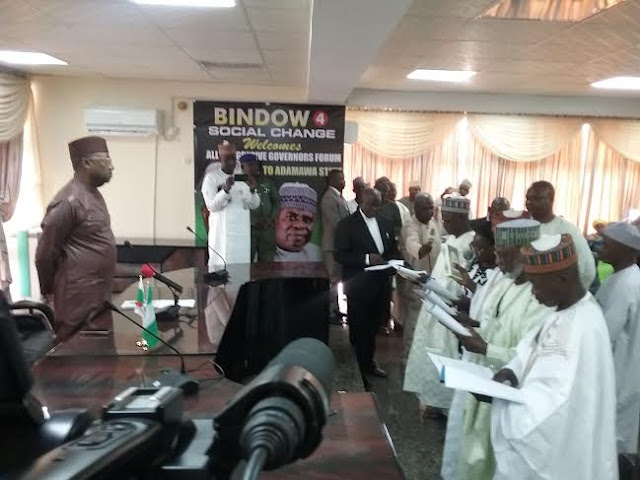 By: Yunusa Abdullahi
Governor Muhammadu Umar Jibrilla has presided over the swearing in Ceremony of Five newly appointed Permanent Secretaries with a call to ensure that Probity, Accountability and due process be their guiding principles in discharging their duties
The Governor made the call today at the council chambers of the Government House Yola, while performing the swearing in Ceremony he said their appointment was part of his administration's    effort to re-invigorate and re-vitalized the Civil Service through injecting fresh ideas into the system for higher productivity and to enhance service delivery to the people of state. 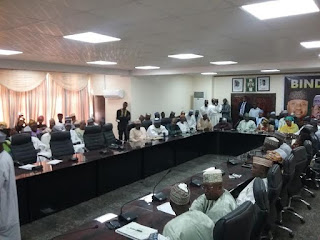 Responding on behalf of the sworn in Permanent Secretaries, Alhaji Mohammed Galadima Usman thanked Governor Muhammed Umar Jibrilla for giving them the opportunity to serve in that capacity and pledged that they will abide by the oath of office taken.  He also assured the Governor that they will contribute their own quota to the development of Adamawa state for the better.

The oath of office, secrecy and that of allegience was administered by the state Chief Judge Justice Ishaya Kida Banu
08:22
Adamawa Daily Reports
News
Email ThisBlogThis!Share to TwitterShare to Facebook