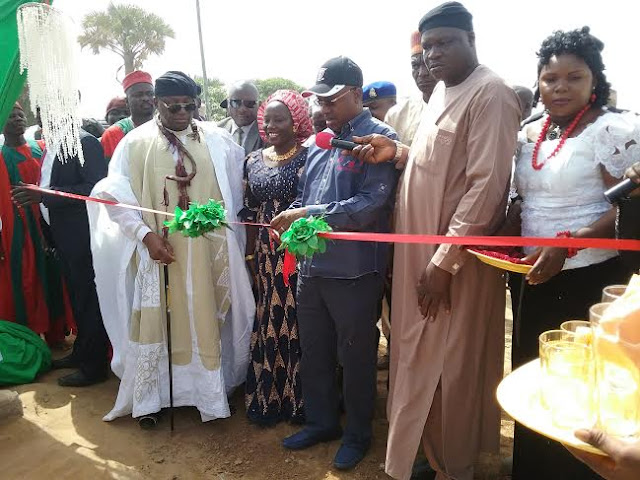 By: Yunusa Abdullahi
People of Numan have been urged to support the present administration for the overall progress of Adamawa state.
Governor Muhammed Umar Jibrilla who made the  appealed at Wayam  village in Numan Local Government  during the  commissioning of projects initiated by the  member representing  Numan  Constituency  in the state  house of assembly  Honourable  Sodom Tayedi Daniel.
The Governor said his administration is poised to provide dividends of Democracy to the people of Adamawa state, stressing that his government is determined to improve the lives of his electorates and applauded the efforts made by the member toward the provition of dividends of Democracy to her people and challenged other members in the house of assembly to emulate this laudable initiatives. 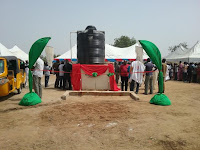 He also advised people in the area to be vigilant, security conscious and security agencies with useful information on any suspicious movement of persons   or objects in the area as well as to live in peace and harmony with their neighbours.
In her remarks,  the  member  representing Numan constituency in the state  House of Assembly Honourable  Sodom  Tayedi  Daniel  said the commissioning  of the  first  set of the Bore Holes under her proposed  initiatives of Rural water project, Youth empowerment  and loan to  women  groups  on interest  free  rate will cover all political units in her constituency. 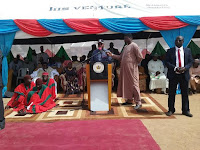 She thanked Governor Muhammadu Umar Jibrilla for awarding contract to re-construction Numan General Hospital and some township roads.
The member also revealed more constituency projects are coming because approval to that effect has been granted by His Excellency.
09:02
Adamawa Daily Reports
News
Email ThisBlogThis!Share to TwitterShare to Facebook