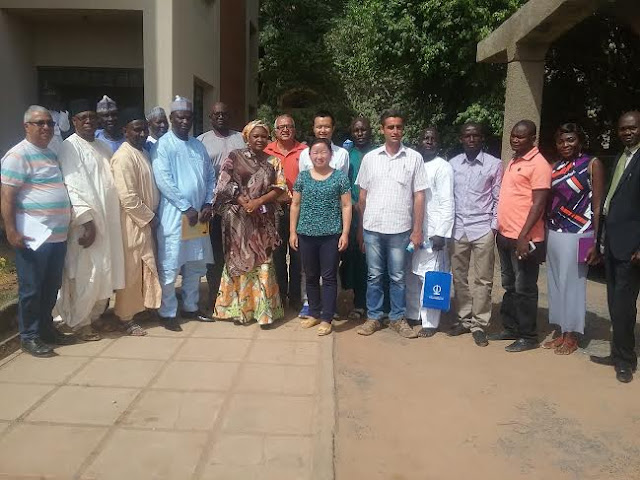 By Barnabas Augustine
The Adamawa State Ministry of Works has today being the 9th day of December 2015, presented the bid of contracts for the construction of roads in the state. It could be recalled that the Government of Senator Mohammed Umaru Jibrilla Bindow has embarked on Road constructions and rehabilitation in the state to fulfilled his campaign promises. Governor Bindow reiterates his promise to run transparent and accountable Government. It is in this regards that in June 2015, the Ministry of Works placed tender advertisement for construction of roads in the State.

While welcoming the construction firms at the event, the Honourable Commissioner of Works Barr. Lillian Stephen Nabe stressed that the ministry will be fair to all the company that applied for the bid. She added that over 50 construction firms applied for pre-qualification and the winner of the contract might not necessary be the lowest bidder adding that a firm that is not lucky today, may be lucky next time since Senator Mohammed Umaru Jibrilla administration has promised to construct more roads in 2016. 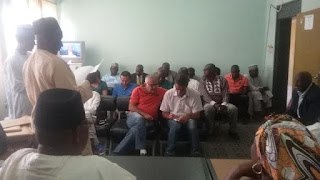 The 9 construction companies that forwarded their bid price and send in their representatives at the opening of the bid of contracts were:
·


Roads to be constructed are: 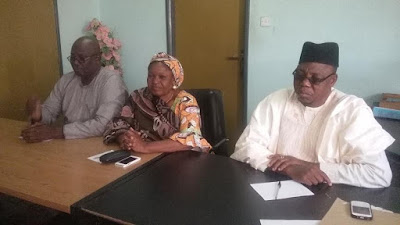 The Director General Public Procurement Adamawa State Abba B. Umar who attended the event as an observer, in his remark expressed satisfaction with the processes and procedure the Ministry of Works is followed in issuing the contracts. He called on the construction companies that forwarded their bid price to accept the outcome of their proposals in good faith because due processes have been followed.
Similarly, Lewa Sarieddine of RHAS Nig. Ltd. and Walid Aboujoudi of Triacta Nig. Ltd. on behalf of the construction firms present, thanked the Hon Commissioner for the equal opportunity given to them in the process of submission and opening bid of contract. “All the process followed was transparent” he added.

On a final note, Barr. Lillian Stephen Nabe thanked all the Construction Companies present for their cooperation in the course of the bid opening. She reassured them that due process will be followed in awarding of the contracts because that is the slogan of Governor Bindow which she is popularising.