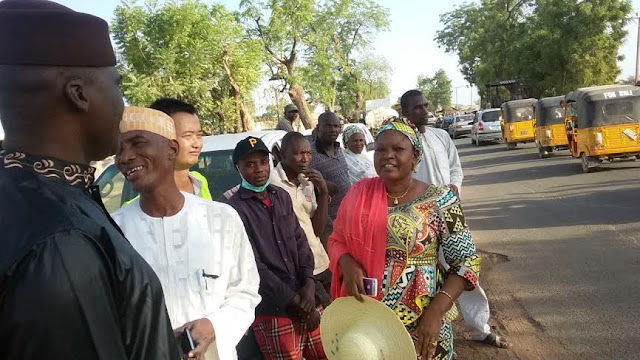 The Construction Firm –TEC Nig. Ltd - handling the reconstruction of Yola By- Pass
road has today 16th December 2015 commence the over laying of asphalt on the road.
The Yola town By -Pass road which is an alternative road that enable motorist get rid of traffic in Yola town has for long been in bad condition. This coupled with lack of drainages that will enable rain water to flow from residential areas to River Chouchi has caused a lot of damages in the area 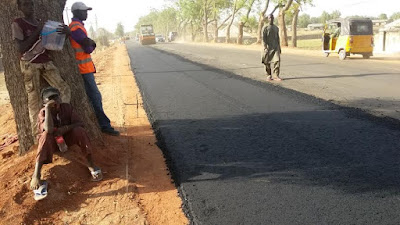 Looking at the plight of the people, His Excellency Senator Mohammed Umaru Jibrilla has awarded contract for the reconstruction of the road as well as the drainages. The road is linked with Jabbama round about and Law School Yola Campus Junction.
While inspecting the ongoing road reconstruction, the Honourable Commissioner Ministry of Works Barr. Lillian Stephen Nabe expressed satisfaction with the level and standard of the road reconstruction. She called on the proprietors of the schools and residents residing along the road to desist from digging the road to lay pipe water and bumps. 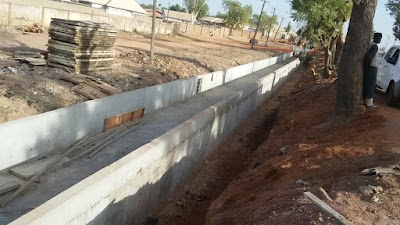 The commissioner added that road signs will be placed and bumps raised where necessary in order to limit the speed of vehicles user on the road.
Meanwhile, she called on the proprietors of schools along the road and residents of the area to take care of their children while crossing the road. With regard to maintenance of drainages, she admonished the residents not to dump refused in the drainages under construction so that the effort of the Government of Senator Mohammed Umaru Jibrilla will not be abused.
It expected that by first quarter of 2016, Yola By- Pass road will be completed.