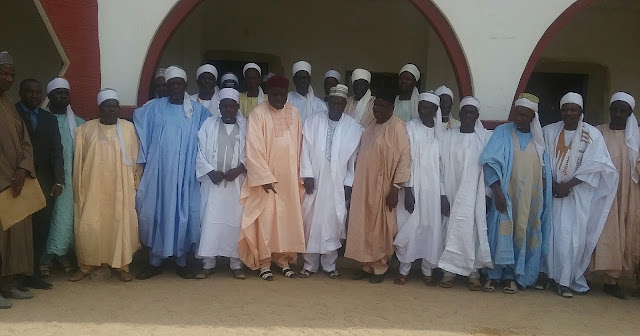 In continuation with the Bindow for Social Change Advocacy Committe tour to the 8 Emirate Councils in the state, the Adamawa State Commissioner For Information, Comrade Ahmad I. Sajoh has today 26th January 2015 led the Committee to the palace of the Emir of Mubi His Royal Highness Alh. Abubakar Isa Ahmadu CFR to seek collaboration in realization of the Bindow for Social Change agenda.

The Emir of Mubi Alhaji Isa Ahmadu while welcoming the committee, pledged his commitment and the Mubi Emirate Council to support the laudable programs of the administration of Governor Bindow Bindow. He further reiterated the full support of his emirate in supporting the Bindow for Social Change Advocacy Committee to champion the course of the social change in the state.

At the emir’s palace, the Commissioner for Information narrated the aim of the visit: to collaborate with the traditional institution in order to foster the course of diversification of the state economy through the boosting of neglected informal productive sector.

Comrade Sajoh said the four point agenda of the present administration under the leadership of Senator Mohammed Umaru Jibrilla Bindow  which include: social infrastructural development, agriculture, physical infrastructure and security are aimed at bringing succour to the people of the state.

Responding to the gesture, the Emir of Mubi Alhaji Abubakar Isa Ahmadu thanked the group for the visit, promised to cooperate with the present administration to transformed the State.

He therefore reminded the traditional rulers to sensitized their subjects on the security threats in the country.
He said government will provide a soft loan with no interest of N30,000 to 60 people in each of the 226 council wards in the state. He added that the loan will only be given to people in informal productive sector such as blacksmiths, weavers, woodcarvers etc.

Some of the District Heads that spoke during the interactive session thanked the Adamawa State  government for initiating a programme that touches the lives of the People of the state. The District Heads therefore called for the judicious distribution of the loan to their members. 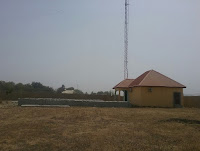 The Commissioners for information therefore inspected the booster station of Adamawa Television Corporation in Mubi. He expresses hope that the stations will commence a community service transmission in the next one month.
At the Adamawa State university Mubi he interacted With the government council of the university on the need to produce a responsible graduates in the society.