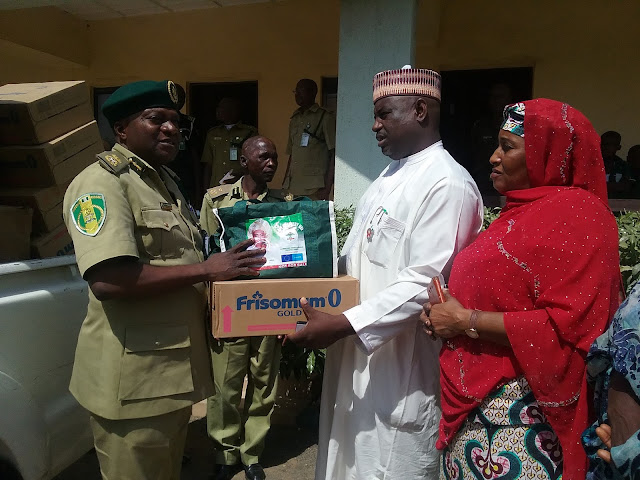 The  Controller  of  Prison  Adamawa  State, applauds  the  efforts  of  Adamawa state  government   when the  Hon. Commissioner,  Ministry  of women Affairs, social Development and integration  Alhaji Aliyu Bello Tola  paid him a courtesy  visit   in  his  office,  at prison  Headquarters  in Jimeta.

According  to the Hon. Commissioner,  the  purpose of  his visit is to   present  Milk  and safe  delivery kit to the  controller to be  distributed among the prison inmates  in Jimeta  and  yola  prison. 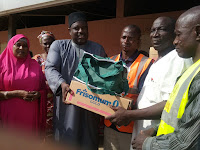 In  her remarks , the permanent secretary ministry of women  Affairs  Hajiya Maisaratu Bello  urged the  controller  to make judicious distribution  of  the  milk and  safe delivery kit.

The  Controller  of  Prison  Adamawa  state  Mr. Peter  Y. Tenkwa  thanked the Hon. Commissioner  for the  kind  gesture,  he further  said that “This Kind Gesture  give  the Prison Inmates a Sense Of belonging”. He also  applauds the efforts  of  Governor  Muhammad Umar  Jibirilla  for transforming Adamawa state.

In the same vein, Alhaji Aliyu Bello Tola and his  entourage move  to Idp  camp  Damare  to supervise  the  on  going  skill training  of  the  Idps  which was Initiated  by UNFPA in  partnership with  state  planning  commission, under the  supervision of Ministry of women Affairs. 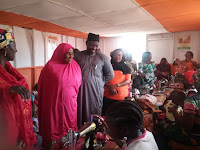 He  donated Frisomum  milk and  safe delivery kit to NEMA  official Malam Nuruddeen  Ismail  to be distributed among the Idps.  Responding on behalf of the Idps  M. Musa thanked the  Hon. Commissioner  for the kind gesture.He prayed for Allah to continue to sustain  senator Bindows administration.
The Commissioner  was accompanied by permanent secretary ministry of women Affairs, Hajiya Maisaratu Bello, Director Women Affairs,  Director child  Development, and other staff of the ministry.