Home » News » NEWS: We Must Tolerate One Another - Gov Bindow

NEWS: We Must Tolerate One Another - Gov Bindow 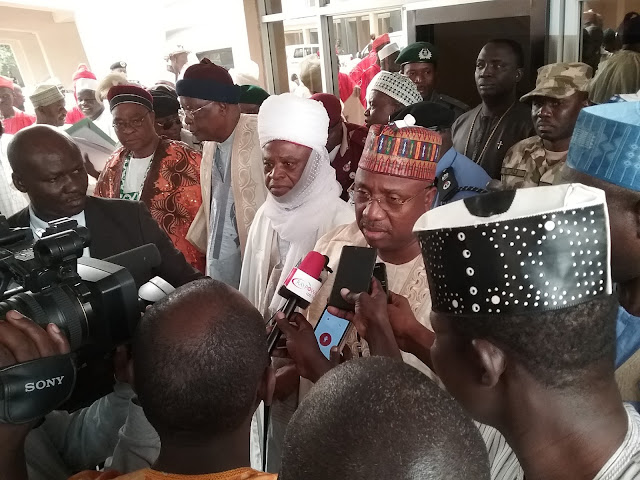 By Yunusa Abdullahi
People of Adamawa state have been urged to always  tolerate one another irrespective of ethnicity or Religious affiliations in the society.
Governor Muhammed Umar Jibrilla who made the  appealed shortly after  an extra -ordinary security meeting held at Government House Yola with service chiefs  and other Traditional rulers in the state .

The Governor stated that the  recent social  unrest between herdsmen and some communities  of Gerreng, Koh and other  Villages in Girei Local government area as unfortunate in view of the current  security  situation in some parts of the Adamawa state.

He also called on the entire people of  state  to be extra vigilant  and to report strange  movement of persons  to the  security agents  in order to  curtailed the future  occurance  of clashes  among  other communities.
The Governor  pointed out that  the  state government  has introduced  some pro-active measures  to improve  security  across the state  in order to  safeguard  the  lives and properties of the citizenry. 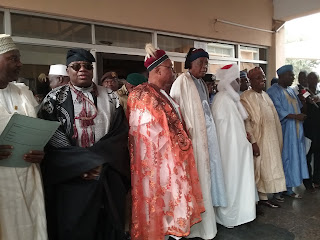 He also  stressed that  all the Traditional  rulers would be involve in the state peace  enterprise  so as to solve the problems of insecurity  once and for all.
Also  commenting, The Honourable Commissioner ministry of Information Comrade Ahmad Ibrahim Sajoh explained that  Governor Muhammed Umar Jibrilla has gave  all the  necessary  directives  and the  leadership  required  in order to  achieve  some goals in maintaining peace and order across Adamawa state.

The  Information  Commissioner  said that the  Governor also  directed  that  steps  should be  taken to  address issues  that has to do with  manupulation  of emotions  of the people  for some selfish  reasons  and called on the people  not to be  manupulated  because  in all cases it is the people  that suffers  and died  in such disputes, adding that the  elites  manupulates  and were not suffers any loses  and people  must  understand that  they should not be pushed  into killing  each other  because  government  have  alot  of challenges  to confront other than  challenges of  security  in Adamawa state. .
04:03
Adamawa Daily Reports
News
Email ThisBlogThis!Share to TwitterShare to Facebook