Home » News » NEWS: Education Is The Bedrock  For Development In Any Society - Gov Bindow .

NEWS: Education Is The Bedrock  For Development In Any Society - Gov Bindow . 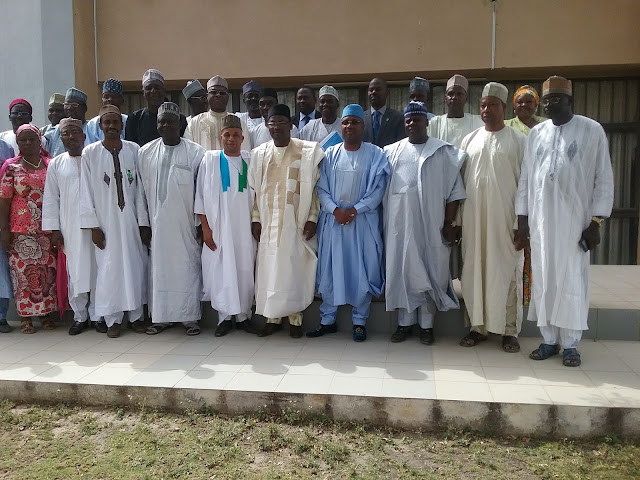 BY: Yunusa Abdullahi
Governor Muhammed Umar Jibrilla has  described Education as the bedrock  of development in any society .
The Governor made the assertion  when he granted audience the Vice Chancellor of the University of Maiduguri Professor Ibrahim Abubakar Njodi and other Management staff of the University who paid him a courtesy visit at Government House Yola.

Governor  Jibrilla assured  that Adamawa state Government will support the University during its 40th anniversary of the  institution scheduled in April 2016, adding that  his government will continue to assist  University of Maiduguri  in its efforts to  achieve  academic  excellence  and commended the management  for the roll played in producing highly skilled  manpower and Technocrats in the  Country.
He stated that  his Administration  has embarked on infrastructural development of projects across the state   to fulfil his campaign promises to the electorates.

In his speech the Vice Chancellor  Professor  Ibrahim Abubakar Njodi  who led a high powered  delegation to felicitate  with  Governor   as one of the distinguished stakeholders  of the University of Maiduguri,  and to also brief the Governor  about the plans of the University management to hold its 4th anniversary and 22nd combined  convocation on Saturday 16 April 2016 and  also to  solicit the  support of the  Governor to the University to achieve its noble objectives. 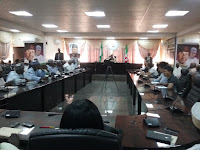 The Vice Chancellor revealed that the  University has produced great Men and Women for the country, stressing that the  University is proud to have Three Alumni elected as Executive Governors in current  political  dispensation which includes Governor's of Abia state Dr. Okezie  Ikpeazu, Hon .Kashim Shettima  of Borno state and Abubakar Sani Bello of Niger state, Six Senior  Advocates of Nigeria  (SAN) and Seven  First Class Traditional rulers  including  Shehu  of Borno and Emir of Gombe  who have passed out from the institution.

Professor  Ibrahim Abubakar Njodi also  explained that the University  will continue to serve it's immediate community and the country  by producing  trained manpower  through learning  and cutting edge Research  among others.
02:29
Adamawa Daily Reports
News
Email ThisBlogThis!Share to TwitterShare to Facebook