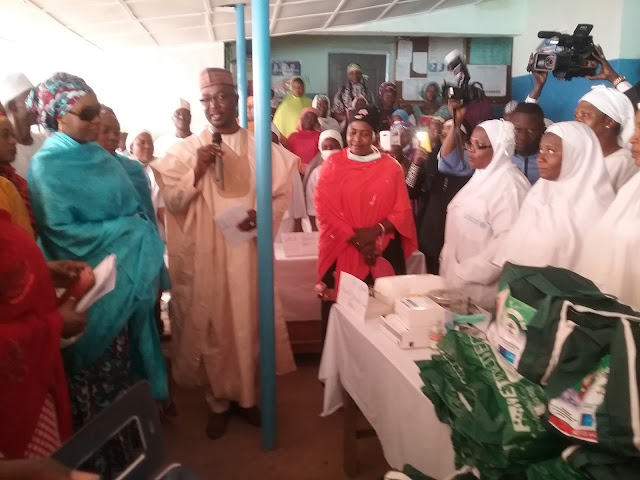 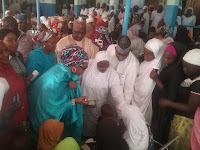 The campaign exercise was initiated and organised by  Adamawa  State primary Health care in collaboration with EU, UNICEF,and World Health Oganisation for women and children from 0 -59 months of age. The intervention to be provided are; Vitamin A, deworming Tablets, routine immunisation, key household practice, birth registration and MUAC screening. And pregnant women will receive ANC,HTC,Iron Foliate,  SP tetanus,Toxin and LLTTN in selected Health facilities.

The chief host of the ococcassion, who is also the chairman,Yola-South Local Government,Alhaji Chubado  Muhammad in his welcome address on behalf of people of his local government  expressed his profound gratitude to her  excellency for all the support she is rendering to the people of  the  state, he assured her that people of Yola-South are in total support of the present government. 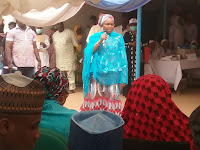 In her remarks, the Hon. Commissioner, ministry of Health  Dr. Fatima Atiku Abubakar  said she is delighted to  see her excellency launched the immunisation exercise. She call on mothers to cooperate and make sure  they immunise their children because a stitch in time save nine.

In his speech, the representative of  WHO Dr. Emmanuel Katugwa said “the aim of  the programme is to support children and immunise them against  child killer diseases. He urged mothers to take their children to hospital whenever they are sick”.
In a vote of thanks, the representative of  UNICEF Dr. Halima Abdul thanked WHO for supporting women and children, she said that UNICEF will continue to partner with Adamawa state government”. 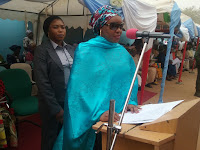 Delivering her speech, Hajiya  Maryam Muhammad Umar Jibrilla said “The immunisation exercise  will take place In the21 local government of the state, from 25th  to 29th  Jan 2016.She further said the overall objective of the campaign is to reduce maternal and childhood mortality,malnutrition against children less than 5 years of age in the state and Nigeria at large. She called on parents, religious  leaders,communities, category of health  workers and other personnel participating in the campaign exercise to ensure that all children  are fully immunised. She assured the parents and caregivers  that vaccines are safe, free and will protect children from child killer diseases. She vaccinate some children and also present safe delivery kit to the mothers who were present at the event. 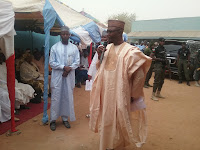 In his vote of thanks , the Chairman, Adamawa  state  primary Health Care  Dr. Abdullahi  Belel  thanked her excellency for launching  the immunisation  campaign and promsed  to ensure that the  immunisation exercise  will take place in the 21  local governments of the  state  under his supervision.
Those who witness the ceremony are ; Wife of Hon. Speaker State house of assembly, wife of chief of staff,  wives of Hon.Commissioners, Commissioner Ministry  for women Affairs, Dr. Abdullahi  Belel  of Primary Health Care, Commissioner ministry of Health and Permanent Secretary  ministry  for women Affairs.