Home » News » NEWS;Ministry of Finance Meets with Financial Institutions in the State. ..

NEWS;Ministry of Finance Meets with Financial Institutions in the State. .. 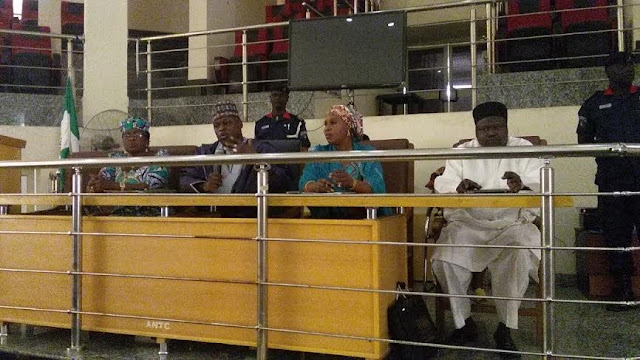 The Adamawa State Ministry of Finance has today being 13th of January, 2016 meets with various financial institutions in the state.
In his welcoming address, the Honourable Commissioner Ministry of Finance, Alh. Mamud Sali Yunusa says that the meeting was aimed at finding solutions to improving bank services and revenue generation in the state. He lamented over long queues witnessed at the various financial institutions particularly the   ATMs in the State Capital.

Honourable Yunusa the  host,  called on them to bring in ideas and innovations that will lead to the growth of the State’s Economy adding that  the door of the government is always opened for positive advises especially the ones they offered  to other states which improve their economy.
In their response, the representative of FCM Bank Mr. Lima and Mr. M. Ma’aji says that the present dwindling revenue generation in the state has been caused by the fall in the fuel price – below $30 per barrel – in the global market. They called on the state government to digitalised payment of revenue in the state. “Statistic shows that it can improve revenue generation to over 200%”. 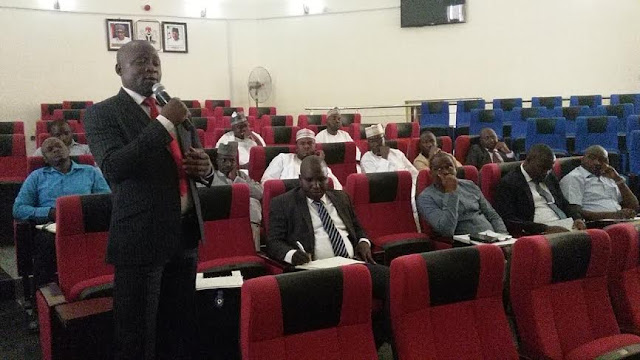 On the issue of the poor service delivery at the various ATM in the state capital, the financial institutions said that the present insurgency caused the problem. They recall that their ATMs are always working more than what they are designed to do. Full banking services are not in place in the Northern Zone, thus the over crowd at the ATMs in the State Capital.

On the other hand , they urged their customers to indulge in the  use of mobile banking to transfer funds so as to ease congestion at the various ATMS points  in the State Capital.

However, Mr. A. Madugu, Manager First Bank PLC promised that they will improve their services to help ease the sufferings of their customers. He said, arrangements have already been made to open their branch at  Gombi Local Government Area and other Local Government Areas affected by the insurgency.

The Financial Institutions challenged the Government to develop small and medium scale business in order to generate more revenue and improve the standard of living  of its citizenry. The state should help them acquired the Certificate of Occupancy as well.
The state should also provide fire fighting materials in strategic locations – where business organization’s are established to help in quenching any fire outbreak.

The government should also structure business organizations for instance, those that are selling highly inflammable goods like fuel should not be in one place with those selling goods that can be easily catch fire.
The Honourable Commissioner of Finance Alh. Mamood Sali Yunusa admonished the financial institutions to improve their services and that

Government will always partner with them in the task of improving the economy of the state he added.
He further admonished them to help the government in the development of infrastructural facilities in the state. 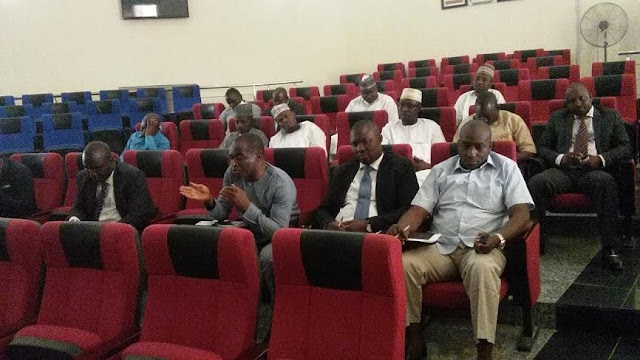 Mr. Aminu Tukur, the Business Manager of Skye Bank delivered a vote of thanks on behalf of the institutions. He thanked the Ministry of Finance for organising the meeting and assured the Ministry of their full support in the development of the State Economy.