NEWS: Bindow is the Best Performing Governor in the Country-Ag APC Chairman 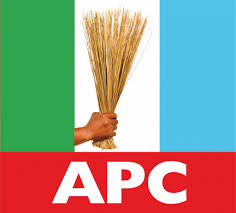 Ibrahim said this today while addressing hundreds of party loyalist at the party secretariat shortly he returns from a briefs swearing- in ceremony reception organised at National party secretarial in Abuja.

He praises Governor Bindow for beautifully changing the face of the state within few months stay in office with good roads around all the state capital, water projects and with good and workable blue print of reviving the state's economy. Adjudging him to be the best performing Governor in the entire country.

Bilal added that their coming on board as the acting official of the party is not to join issues with anybody in the state, all he knows there is a trust of responsibility entrusted on him by national leaders which he cannot betray.

" I am here to tell you that they gave me a trust to hold this office on acting capacity, I will do my best to carry every member of the party along and be fair to all and sundry.

" I can join issues with anybody , the National body of our party stands supreme and do the best for the interest of our great party to make sure all the vacant posts are well fill up appropriately in line with the party's constitution". Bilal said

According to him the Governor, the three Senators and all the APC lawmakers in the green chambers are in support of what the National leadership of the  party are doing, he therefore enjoined the support of all party members to move the party forward in the state.