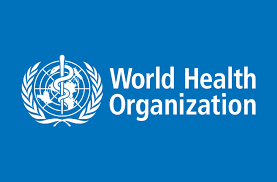 BY: Auwal Abubakar
The World Health Organization (WHO) has backed trials of genetically modified (GM) mosquitoes that could be used in the fight against the Zika virus.

The WHO also said sterile irradiated male mosquitoes could also be released to mate with wild females.

However, environmentalists have warned over the possible consequences of wiping out an entire species.

Zika has been linked to microcephaly in babies, who are born with damaged brains and abnormally small heads.

In a statement, the WHO said it was encouraging affected countries "to boost the use of both old and new approaches to mosquito control as the most immediate line of defence".

Initial trials using genetically modified mosquitoes developed by Oxitec, the British subsidiary of Intrexon, have been taking place in the Cayman Islands and Brazil.

The mosquitoes are altered so that their offspring will die before reaching adulthood and being able to reproduce.

Another technique under consideration involves releasing male mosquitoes that have been sterilised by low doses of radiation.

It has already been used by the International Atomic Energy Agency (IAEA) to control insects that damage crops.

A third option uses Wolbachia bacteria, which do not infect humans but prevent the eggs of infected female mosquitoes from hatching.

Mosquitoes carrying Wolbachia have already been released to reduce dengue fever and the WHO said large-scale trials would be carried out.

The WHO has declared Zika a global emergency, although definitive proof of a link to birth defects has not yet been established.