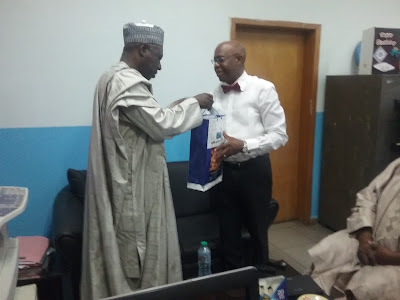 The News Agency of Nigeria NAN has expressed its readiness to partner with Adamawa State Government in publicizing its developmental and social programmes of the Bindow administration to the world. The acting Managing Director of NAN Mr. Jones Afolabi disclosed this when he received a delegation of  Bindow 4 social change  led by the Honourable Commissioner State Ministry of Information  Comrade Ahmad Sajoh in Abuja.

Mr. Afolabi told the Commissioner and his entourage that  NAN is the anchor of News gathering right from grassroots and abroad hence, its commitment to partner with Adamawa State in covering all governments activities and programmes to the general public will not be compromised.


The Commissioner had earlier told the management of NAN that the aim of the visit was to register state governments appreciation for the effective coverage it has been receiving from NAN previously and to look at areas of collaboration and to strengthen relationship between Adamawa State government and the organisation.
Comrade Sajoh also intimated them on the achievements of Governor Umaru Jibirilla within the last 8 months to include 43 roads within the State capital, renovation of schools, hospitals among  others. 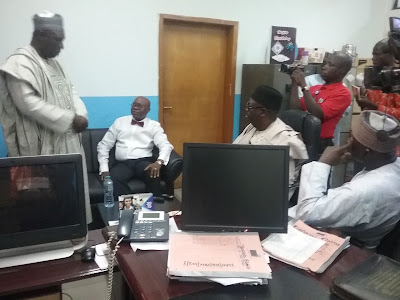 Comrade Sajoh was accompanied by Director of Information Adamawa State and a press crew from both state and private owned media houses where they  were taken round the various departments of the agency by some management staff.