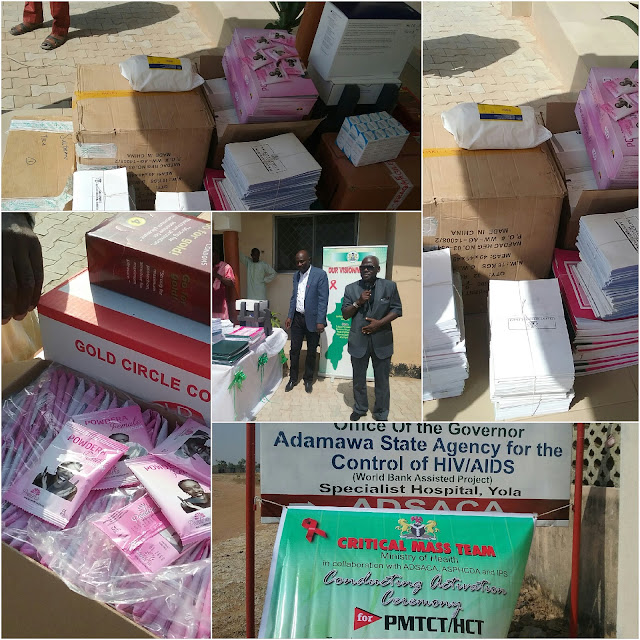 Adamawa state commissioner of Health, Dr Fatima Atiku Abubakar says the state has recorded a significant declined of  HIV prevalence as revealed by National survey in 2012.

According to her the prevalence rate was at the peak of 3.8% in 2010 and dropped to 1.9% in 2012, ascribed the success to World Bank as the funding partners and FHI 360 as one of the lead HIV implementation partners in the state. 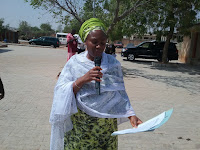 Dr. Fatima  said this during a flag off campaign to distribution 3,200 tons of drugs for preventing the transmission of HIV by pregnant women to their unborn babies and the dist of 3 CD4 count machines that are crucial for monitoring and management of persons living with HIV/AIDs in Adamawa state.

On his own submission the Executive Secretary to Adamawa state Action on the control of Aid  (ADSACA),Dr Stephen John acknowledge the relentless effort of the commissioner of making sure all drugs needed is provided.

He added that the drugs will carter for the lives of over 4,260 pregnant women living with HIV/AIDs.

The Program Manager of Tulsi Chanrai Foundation Public Health Center, Dr Devendra Sonawane which is among the many Hospital that are managing HIV/AIDs persons in the state, responded to stand steadfast of making sure every pregnant woman is properly managed to have a safe delivery and  a HIV free child.

Tulsi chanrai Foundation is an international donor agency that is taken care of people living with HIV in Adamawa state.
10:57
Adamawa Daily Reports
News
Email ThisBlogThis!Share to TwitterShare to Facebook