NEWS: Laying of Asphalt at the Various Ongoing Roads Begin 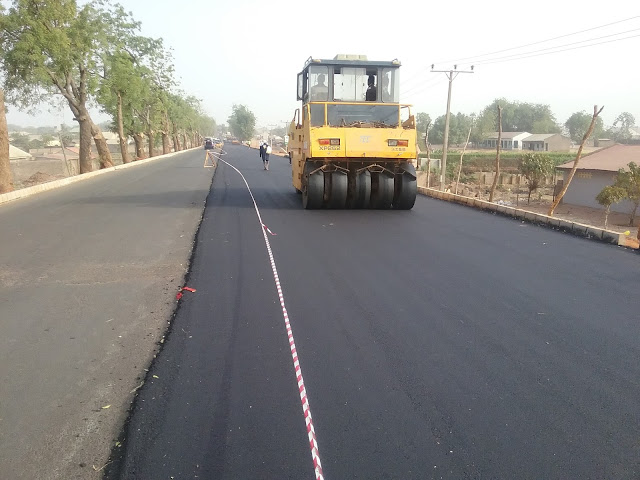 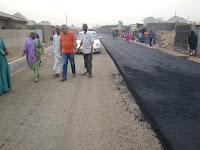 The Honourable Commissioner Ministry of Works Barr. Lillian Stephen  has led the team of Civil Engineers of her Ministry  to inspect the laying of asphalt at the various roads under construction. She express satisfaction with the quality of the road and the commitment of the contractors handling the project  for  meeting  date line. 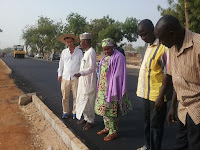 Earlier on  the Commissioner of Works Barr. Lillian Stephen Nabe led Governor Mohammed Umaru  Jibrilla Bindow to inspect culvert construction at Jambutu and Church Street in Jimeta. At the site, Senator Bindow who go round the site in a tricycle popularly known as Keke Napep express satisfaction with the quality of work so far. He reiterated on embarkation of more road construction in other part of the state.

It could be recalled that His Excellency Senator Mohammed Umaru Jibrilla Bindow has promised to construct over 40 roads in the state capital and be commission in June, 2016 by His Excellency Muhammadu Buhari, President Federal Republic of Nigeria.

The commissioner of Works called on the people of the state to cooperate with the contractors handling various projects to enable them  work effectively.