Home » News » NEWS: Education Is Bedrock For Development In Any Society - Governor Bindow

NEWS: Education Is Bedrock For Development In Any Society - Governor Bindow 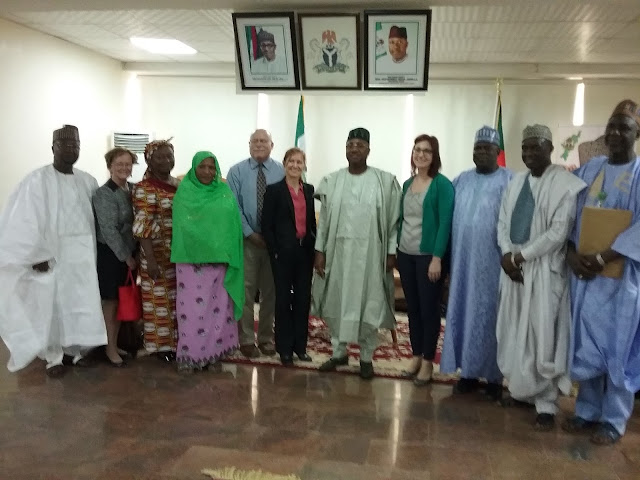 Education  has been  described as the bedrock of development in any society.
Governor Muhammed Umar Jibrilla who made the observation  when he granted audience the  Deputy Administration of USAID  and head of delegation of African  Peace Initiatives  (API) Madam  Aler  Grubbs  who paid him a courtesy visit at his office  in government  house Yola.

During the  visit, Governor Muhammed Umar Jibrilla  commended American University of  Nigeria  (AUN) for its  support  in uplifting  the  standard of  various  communities who benefited  from the knowledge  giving by the  AUN. 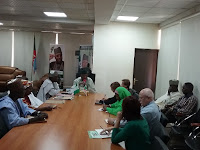 The Governor  also urged  for humanitarian  support  from international  donor agencies  especially  in the area of  Education, stressing that  Education is the number one priority  of his administration.

In  her remarks the  Honourable Commissioner ministry of  Education Prof. kaletapwa Farauta  had commended  the  federal government and  other  international  donor agencies  for the  bold steps taken  in maintaining the  education of the  children who were displaced  out of  schools  due to activities of in North East.

The Commissioner  explained that the people of Adamawa state  has suffered  alot  during the time  of  insurgency educationally  and called on the federal government to  assist  in reviving the  sector.

She also  thanked AUN  for partnering  with the Adamawa state Government by providing pupils  with educational materials  at the IDP camps.

Earlier The Deputy Administration of USAID, and African  Peace Initiatives  in Nigeria, Madam Aler Grubbs  said  the  delegation was in Adamawa state to  partner with  institutions and  people  and  to address the  impact of the  insurgency in the North East . 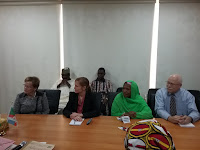 The head of the  delegation  also  explained that  they  would  discuss  with  stakeholders  in the  areas of  food  security, Agriculture,  Livelihoods, Health issues and peace.

She however  said USAID  is in support of the  proposed Bill on the North East  Development  commission  before the National Assembly, stressing that IDP relocation, reconstruction  and the  North East  development commission  her office  are in full support  and welcomes such development.
08:23
Adamawa Daily Reports
News
Email ThisBlogThis!Share to TwitterShare to Facebook