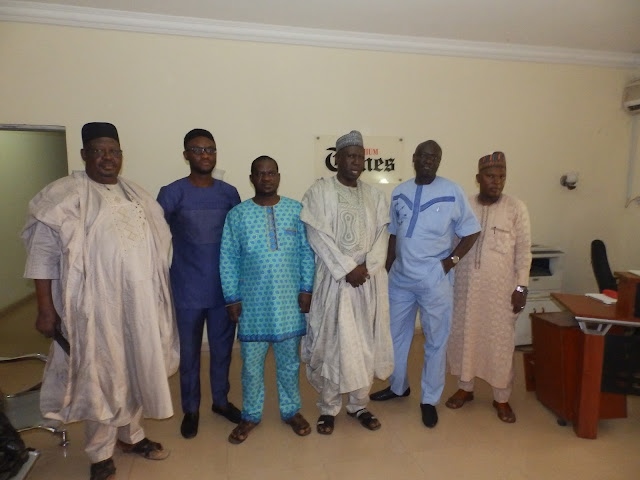 The Managing Director of the Premiums Times News paper has symphatized with the government and the people of Adamawa state over the insurgency and fire incidences that destroyed the economic and welfare of citizen of the state.

Mr Musikilu  Mojeed disclose this when the group Bindow for SOCIAL CHANGE paid a courtesy call to the hedquartes of the Premiums times news paper in Abuja.
The Bindow for SOCIAL CHANGE advocacy group was led by the Adamawa state commissioner for information Comrade Ahmed Sajoh decribes the the Premiums news paper as one of the most  reliable in descemination accurate information to Nigerians. 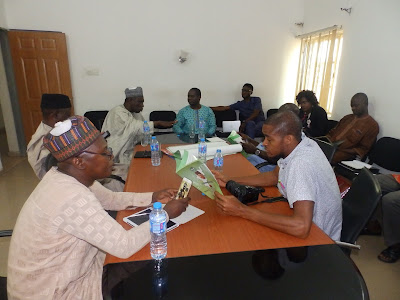 The commissioner ministry of information comrade Ahmed Sajoh  explain that the aim of the visit was to seek collaboration with the management of the News paper in moving  Adamawa state forward.

Ahmed Sajoh also appreciates the Premium times news paper for advertising goods and services that reaches the masses at the grassroots; He therefore explain to them the steps taken by the Adamawa state Governor Muhammad Jibrilla in collaborating with traditional institutions of ending the insurgency in the state and creating wealth to the people of the state.

Saying that initiatives has been welcome by the traditional institutions and the citizens of the state.
Responding , the Managing Director Premiums Times News paper Mr. Musikilu Mojeed appreciates the Adamawa state government for initiating the programs that will change the lives of its people. 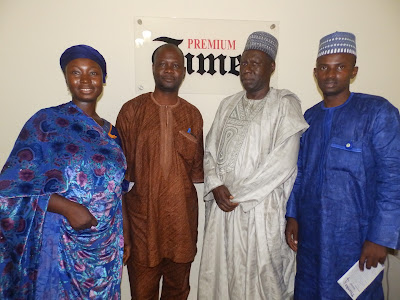 Mr. Mojeed therefore symphatize with the Government and people of Adamawa state over the insurgency and fire incidences that cause a setback to the state.
He therefore pledge the commitment of the News paper  in covering the developmental change under present administration of  Governor Muhammadu Jibrilla in the state.

Speaking in an interview the head of operations Premiums Times news paper Mallam Sani Tukur commended the Adamawa state government for taking steps of changing the lives of the people of the state.

He said this will go along way in eradicating the poverty level that effects the populace. By Hyellamada Bernard and Catherine Philip Jelani.