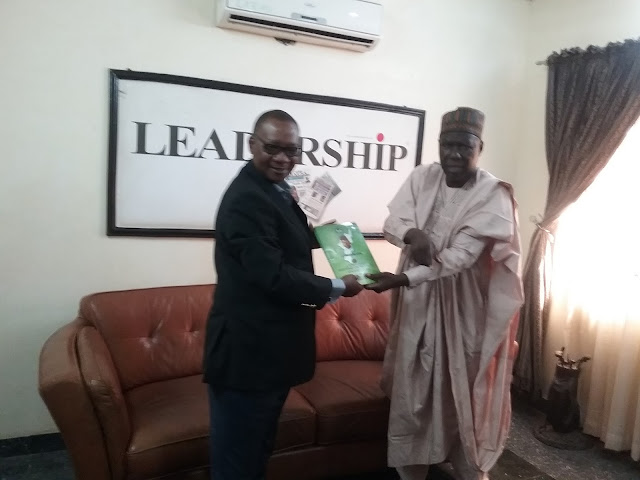 The Adamawa State Commissioner of Information has reinstated Government’s commitment to coyllaborates with National dailies  in reporting the developmental projects provided as well as the challenges faced  by the present administration of Governor Muhammadu  Jibrilla in bringing succor to the people  of the State. 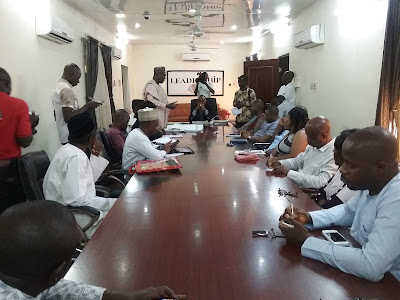 Comrade Ahmed Sajoh Made the disclosure when he visited  Leadership and the Daily Trust Newspapers Headquarters in Abuja today. However,  Sajoh said they were in the office of the National dailies to seek partnership and possible ways of moving the state forward.

He described  the Leadership and Daily Trust Newspapers as the most reliable dailies in disseminating information to the people of Adamawa state and the country at large. More so,  He stressed  the need for cordial working relationship with the dailies in managing information for the masses to have trust in governance. 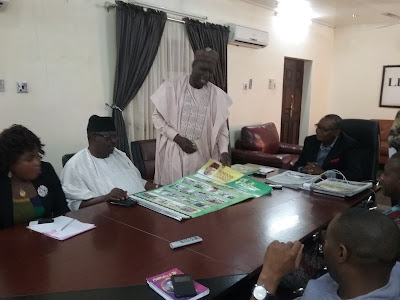 Sajoh has therefore informed the National dailies about the strategic  steps taken by the State Government in order to partner with traditional institutions in the state to end  insurgency and to provide developmental projects in the  state using the indirect rule that was used by the Colonial Masters many years back.

On the other hand, he restated the efforts of the Bindow administration in rehabilitating booster stations of the state own media houses in  Mubi, Ganye, and Numan saying the stations will commence  a community service transmission so as to touch the lives of their host communities.

While responding, the Managing Director of the Leadership news paper Mr. Mike Opere expressed delight over the visit and had  promised to
partner with  Adamawa State Government in descminating information about the development in the state. 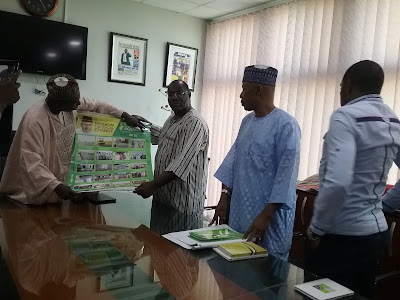 Similarly, the Commissioner told the management of the Daily Trust Newspapers about the calamities that are causing setbacks in the economic and developmental aspects of governance in the state, which includes insurgency, fire disasters, Internally Displaced Persons (IDPs) etc.

In response to the Commissioner’s plight, the Managing Director of the Daily Trust Newspaper   represented by Mahmood Jega  who is the deputy editor in chief advise the Adamawa State Government to investigates the causes of fire outbreaks devastating the business communities in the state. 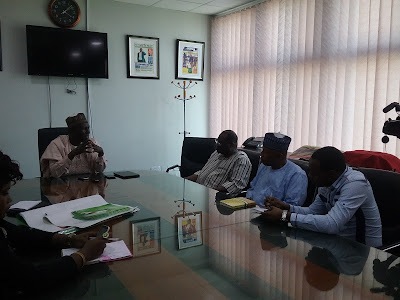 Both the management of the National dailies expressed satisfaction  over the effort of the present administration of President Mohammadu Buhari in ending insurgency that has lingered in the  north-eastern  states of the country.

In another development, Comrade  Ahmad Sajoh therefore had had an Interactive Session with the correspondence of the National dailies on some  matters of importance.  He informed the reporters about the steps taken by the Adamawa state government in reviving  its abandoned mineral resources in the state.