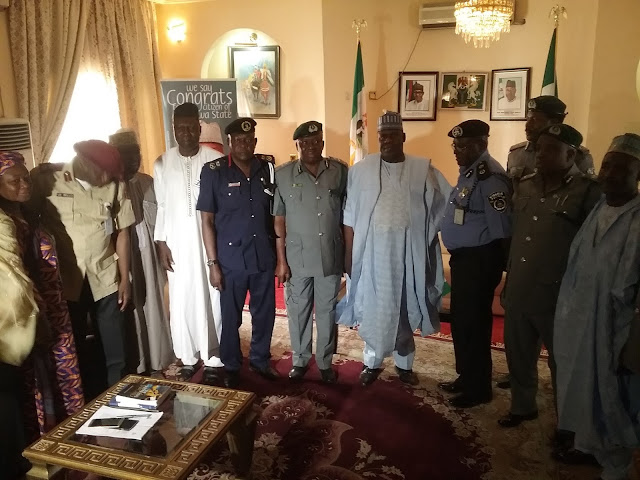 In line with the Federal Government’s presidential mandate toward alleviating the plight of Internally Displaced Persons in the north east, the Nigeria Customs Service has donated over eighteen thousand bags of rice, among other food and non food items worth millions of naira to the IDPs.

The Comptroller General of Customs Hameed Ibrahim Ali while presenting the relief materials to the State Governor represented by the Head of service Alhaji Musa Kaibo at the flag-off ceremony of the distribution that took place at NYSC IDPs camp in Girei Local Government area of Adamawa state said, the donated items were seized ones and forfeited to the federal government through appropriate legal channels to the IDPs, pointing out that it is the first in the series of donations to be made in the first phase. 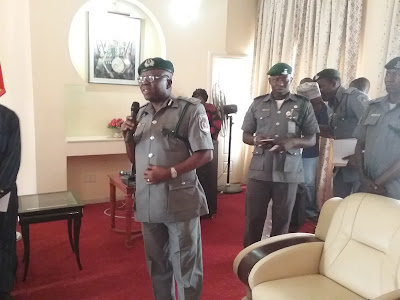 Our correspondent reports that, the Comptroller General was represented by the General Officer Commanding three division jos, Brg. Gen. Muhammed Sani Aliyu also explained that the exercise will reach out to four IDPs Camps in the state including, Damare, saint Theresa, Fufore as well as Malkohi camps in order to give them sence of belonging, while he assured them of Government’s commitment toward ensuring their returns to their different communities by providing adequate security that will enable them live in peace without entertaining fears of attacks, as well as to have access to eduction and healthcare for their kids.

Receiving the items, Governor Umar Jibrilla of Adamawa state thanked the Nigeria Customs Service for the gesture which he described as the first of its kind and assured of his administration effort toward ensuring peace, unity and infrastructural development across the state, especially the seven local government areas affected by the insurgents. 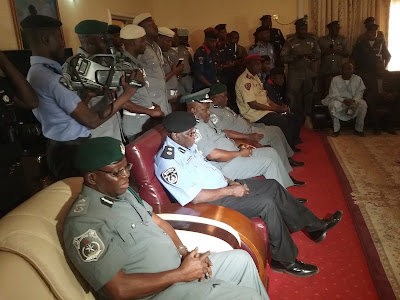 On his part, the NYSC Camp Chairman Mr. Madu Boni expressed appreciation and promised to ensure justice in the sharing formula, while he also appealed to President Muhammadu Buhari to ensure that the presidential committee on re-settling and rehabilitating the ravage communities of IDPs are working fast.
13:43
Adamawa Daily Reports
News
Email ThisBlogThis!Share to TwitterShare to Facebook