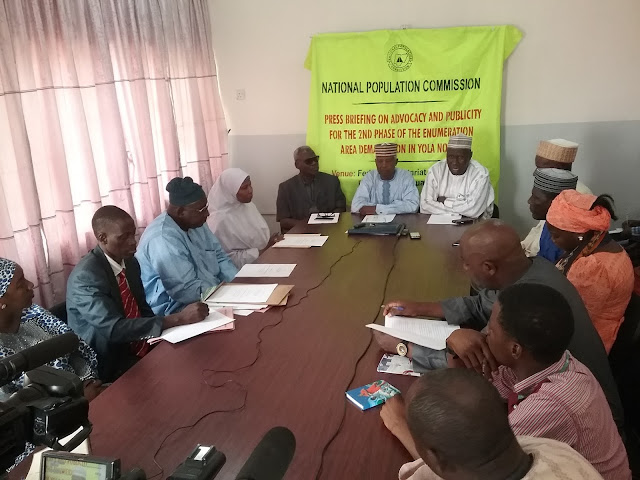 Ahead of 2017 National Population and Housing Census preparation, a second Phase of  Enumeration Area Demarcation exercise has kicked off in Yola North LGA  of Adamawa.

The demarcation exercise was the second of its kind designed by the National Population Commission aimed at division of the country into small unit areas.
Speaking at the flag off , Mr. Garvwa David, Adamawa Federal Commissioner of the commission said that the exercise was also to enable and ease the enumerators conveniently covered the proposed 2017 census.

“Other LGAs in the country will be covered in subsequent phases David said.
He emphasized over the importance of the exercise adding that it was beyond the conduct of the next general census but to provide the national frame for future censuses and surveys in the country.

He explained that a total of thirty three well trained personnel divided into six groups would conduct the exercise
David categorically stated that persons were not going to be enumerated during the exercise adding that it was only houses or structures and dividing them into enumeration areas using satellite image maps.

“We appealed to the government and people of Adamawa to provide adequate securities for the demarcators and their equipment during the exercise.
“We also solicit for the communities to respond truthfully to inquiries from the personnel to facilitate the exercise He said

Our correspondent reports that the exercise which commenced on Monday February 21 was scheduled to round off by March 13, 2016.